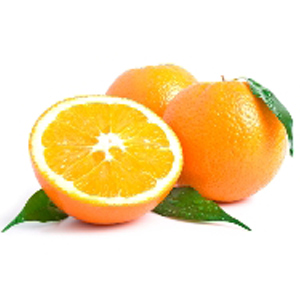 "In cell tissue and animal models of cancer, we saw when you add IV vitamin C it seems to augment the killing effect of chemotherapy drugs on cancer cells," said study co-author Dr Jeanne Drisko, director of integrative medicine at the University of Kansas Medical Centre.

In follow-up human trials, a handful of cervical cancer patients given intravenous vitamin C along with their chemotherapy reported fewer toxic side effects from their cancer treatment, according to the study published in the issue of Science Translational Medicine.

Do you know if you need Vitamin C? Test yourself and find out.

"In those patients we didn't see any ill effects and we noticed they had fewer effects from the chemotherapy," Drisko said. "It seemed to be protecting the healthy cells while killing the cancer cells."

Intravenous vitamin C has been considered an integrative medical therapy for cancer since the 1970s, Drisko noted.

But vitamin C's cancer-killing potential hasn't been taken seriously by mainstream medicine ever since clinical trials performed by the Mayo Clinic with oral vitamin C in the late 1970s and early 1980s found no anti-cancer effects, she explained.

Researchers have since argued that those trials were flawed because vitamin C taken orally is absorbed by the gut and excreted by the kidneys before its levels can build up in the bloodstream.

But it's been hard to attract funding for further research. There's no reason for pharmaceutical companies to fund vitamin C research, and federal officials have been uninterested in plowing research dollars into the effort since the Mayo research was published, Drisko said.

This latest investigation began with researchers exposing human ovarian cancer cells to vitamin C in the lab. They found that the cells suffered DNA damage and died off, while normal cells were left unharmed.

The researchers then tested vitamin C on mice with induced ovarian cancer. The vitamin appeared to help chemotherapy drugs either inhibit the growth of tumours or help shrink them.

The patients who received intravenous vitamin C along with their chemotherapy reported less toxicity of the brain, bone marrow and major organs, the investigators found.

These patients also appeared to add nearly 8 75 months to the time before their disease relapsed and progressed, compared with people who only received chemotherapy. The researchers did note that the study was not designed to test the statistical significance of that finding.

Vitamin C in the bloodstream helps kill cancer cells because it chemically converts into hydrogen peroxide when it interacts with tumours, Drisko said.

"If you can get your blood levels of vitamin C very high, it gets driven into the space around the cancer cells," she explained. "In that space, it's converted into hydrogen peroxide. It's very similar to what our white blood cells do. They create hydrogen peroxide to fight infection."

"I've had patients come in and say they were doing vitamin C intravenous therapy," Bernik said. "I always tell them we don't know enough to know whether it is good or bad."

This new research raises interesting possibilities, but until larger clinical trials are conducted Bernik says her advice to patients will not change.

We live in a world where facts and fiction get blurred
In times of uncertainty you need journalism you can trust. For only R75 per month, you have access to a world of in-depth analyses, investigative journalism, top opinions and a range of features. Journalism strengthens democracy. Invest in the future today.
Subscribe to News24
Next on Health24
New way to predict ovarian cancer survival