Does baby powder cause ovarian cancer? 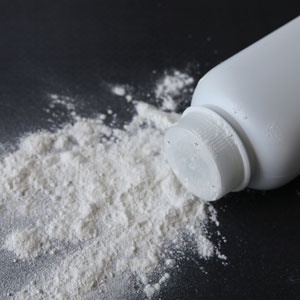 A spate of multimillion-dollar jury verdicts against consumer products giant Johnson & Johnson is shining a light on a long-simmering scientific question: Can baby powder cause ovarian cancer?

Failure to warn the public

A jury in St. Louis last month seemed to think so. It awarded more than $70 million to a California woman who said she used Johnson's Baby Powder for decades until her ovarian cancer diagnosis.

This follows two other jury verdicts in St. Louis this year with similar awards. Currently, there are roughly 1,700 state and federal lawsuits alleging that Johnson & Johnson failed to warn the public of research linking talc-containing powders to ovarian cancer.

"We deeply sympathise with the women and families impacted by ovarian cancer," Carol Goodrich, a spokeswoman for the company's consumer products unit, said in a statement.

However, Johnson & Johnson maintains that its baby powder is safe and plans to appeal all three decisions, she said.

Goodrich noted that two cases in New Jersey were dismissed in September. A state court judge ruled that the plaintiffs' scientific experts could not adequately support their theories that talcum powder causes ovarian cancer.

So are women who use these products for genital hygiene putting themselves at risk?

Experts in cancer and women's health say if there's an increased risk, it's likely to be very small.

"At best, the data is inconclusive," said Dr Don Dizon, a spokesman for the American Society of Clinical Oncology.

Prospective studies that follow women before they develop ovarian cancer have found no association between talcum powder and cancer, he said.

Other studies show a slightly increased risk. But these studies relied on women to recall their past use of talcum powder and are subject to bias, Dizon noted.

Dr Hal Lawrence is chief executive officer of the American Congress of Obstetricians and Gynaecologists. He said in a statement: "Several decades of medical research do not support the hypothesis that use of talcum powder causes ovarian cancer."

Obstetrician-gynaecologists do not recommend use of douches, vaginal sprays or talcum powder because of concerns about potential discomfort or pain, he added.

Talc is a mineral mined from rock. When ground into a fine powder, it's used to help absorb moisture and reduce friction on the skin's surface.

For decades, many women used talc-containing baby powder in their genital area to stay dry and fresh.

"Way back when, it was more of a hygienic and a comfort measure for women to use," said Dizon, who is director of Massachusetts General Hospital's Oncology Sexual Health Clinic.

"But is there a scientific or health-promoting reason that they need to use genital powders? There is none," he said.

More than 20,000 women are diagnosed with ovarian cancer in the United States every year, according to the US Centres for Disease Control and Prevention.

Plaintiffs' attorneys in the St. Louis cases argued that talc can migrate to the ovaries. This can create an inflammatory response that creates conditions that increase the likelihood of cancer growth, the lawyers contended.

"The only real risk factor for ovarian cancer that everybody agrees on is genetics whether they have a family history or whether they have a BRCA1 mutation," said cancer geneticist Dr Steven Narod, a senior scientist at Women's College Hospital in Toronto.

"If there's a risk with talcum powder, it's very small and hard to measure," he said.

So what should women do?

"Quite frankly, if you're using it and you're worried about it, then don't use it," Dizon said.