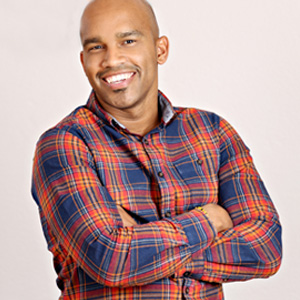 Xylon van Eyck
Photo supplied
Cyclist, media personality and philanthropist, Xylon van Eyck, joins other high profile South Africans who have overcome Lymphoma in lending support to the I am the voice of Lymphoma campaign, which is aimed at increasing awareness of the disease around World Lymphoma Awareness Day 2013.

At just 28, Xylon has achieved more than most. The Supersport presenter has worked for big name broadcasting stations such as 5FM, Kaya FM, Algoa FM and a number of other local radio channels. He also spends his time helping with an initiative that gives bicycles to kids who don’t have transport to school. So when his doctor broke the news to him regarding his diagnosis, the news seemed impossible. He was now facing his greatest challenge yet.

While holidaying in Southeast Asia in December 2011, Xylon fell ill. Assuming it was just a stomach bug, he didn’t give it much thought. But when he started throwing up blood a few hours later, he knew he needed to get to a doctor – and soon. When he visited his doctor in the new year, he was sent for a scan to confirm diagnosis of a stomach ulcer. Two days later, he was told he had a lesion in his spleen, and it could be any number of things. But it was most likely cancer.

Needless to say, Xylon and his wife of just eight months were in shock and hoped it was just a big mistake. The following day, he underwent surgery to remove a lymph node to confirm the suspected non-Hodgkins lymphoma diagnosis. This was when he was given the devastating news – he definitely had this type of aggressive cancer, and it had progressed to stage 3.

Xylon’s oncologist, Dr Devan Moodley, based at Wits Donald Gordon Medical Centre, says lymphoma is a type of blood cancer that affects the immune system. This disease is often misunderstood or misdiagnosed because the symptoms are similar to influenza and tuberculosis.

According to Dr Moodley, "Symptoms can include lack of energy, unexplained fever, swollen glands, coughs, night sweats, persistent itching all over the body and general unexplained weight loss."

Although Xylon never suffered from any of these symptoms specifically, he did contract various immune-related illnesses, such as bronchitis and shingles before his official diagnosis. This, especially, alerted him to the fact that he might have something wrong with him, as he was never prone to getting sick.

It’s also important to remember that there are many different types of lymphoma. Moodley notes that Xylon had been diagnosed with the most common type, called non-Hodgkin’s lymphoma, which, if detected early, has a good prognosis.

In March of 2012, Xylon started his first of 12 chemotherapy sessions. It wasn’t all fun and games – he struggled with nausea and even began having anticipatory nausea and vomiting just at the thought of having chemotherapy.

But true to form, Xylon battled through it and was even strong enough to attend the Giro d’Italia as a media representative. This race is the second largest cycling race in the world, similar to that of the Tour de France and participating in this experience alone was a great honour.

In September, twelve chemotherapy sessions later, Xylon was in the home stretch of his treatment – or so he thought.

In late January this year, follow up scans showed there were still spots under his one arm and in his spleen. Biopsies confirmed it was still non-Hodgkins lymphoma, which meant he had to undergo a second round of treatment.

Keeping your mind on 'bouncing back'

Luckily, this time round the treatment was easier due to the fantastic care he received in hospital. He also received the chemotherapy at a slower, more drawn out rate which made his nausea more bearable.

"What I didn’t expect was for my health to return so quickly. My oncologist has told me I can do anything I want, including skydiving and open heart surgery – unfortunately I was busy that day!  Xylon jokes.

Although Xylon’s doctor is making him wait three months before declaring him all-clear, he remains hopeful. Staying positive has been Xylon’s key to keeping healthy and fighting this disease.

"I realised pretty soon after my diagnosis that a part of dealing with cancer is knowing there will be good days along with the bad ones – keeping your mind on 'bouncing back' goes a long way to motivate yourself to keep going. It’s the case of the body following the mind," says Xylon.

We live in a world where facts and fiction get blurred
In times of uncertainty you need journalism you can trust. For only R75 per month, you have access to a world of in-depth analyses, investigative journalism, top opinions and a range of features. Journalism strengthens democracy. Invest in the future today.
Subscribe to News24
Related Links
Early lymphoma diagnosis critical
10 quick facts on lymphoma
'I'm 13 and I beat cancer'
Next on Health24
'Cancer is sneaky'