SA schoolgirls to get cancer immunisation 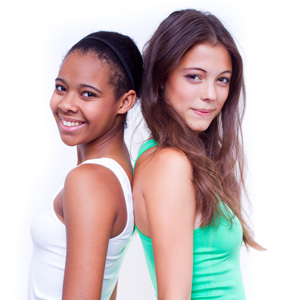 "Vaccination teams from the department of health will visit schools twice a year to ensure that each girl child receives two doses of the HPV vaccine," Zuma said in a speech prepared for delivery at the official opening of Ngidini Primary School in the Eastern Cape.

The government would target girls between the ages of nine and 12 years.

Cancer of the cervix was the most common cancer diagnosed in South African women.

"The introduction of HPV vaccine is a significant public health milestone for South Africa. It will significantly contribute to the control of the cancer and reduce associated deaths within the next two to three decades," said Zuma.

During the opening of the primary school, Zuma said the government had spent R1.2 billion upgrading and building schools in the country.

"To date, we have completed 44 schools in the Eastern Cape and have already started work on a further 160 schools in the province as we continue to replace mud schools," he said.

Ngidini Primary School was part of the accelerated school infrastructure delivery initiative to get rid of inappropriate school structures. It sought to provide basic services such as water, electricity and sanitation.

Twenty-five schools would also be built in the Western Cape.

Zuma said the government had delivered water to 203 schools, sanitation to 226 schools, and electricity to 150 schools.

"It pains us to see children being taught in dilapidated schools with no toilets, water or electricity, which is why this will be an ongoing programme to replace all inappropriate schools, no matter how long it takes us to do so.

"Our children deserve only the best. They are our future," said Zuma.

The initiative had created over 6 700 jobs in the rural areas.

Protect your daughter from cervical cancer

(Photo of young girls from Shutterstock)

We live in a world where facts and fiction get blurred
In times of uncertainty you need journalism you can trust. For only R75 per month, you have access to a world of in-depth analyses, investigative journalism, top opinions and a range of features. Journalism strengthens democracy. Invest in the future today.
Subscribe to News24
Next on Health24
Cervical cancer screening after 50 saves lives