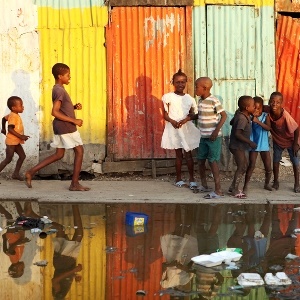 Haiti needs a surge of foreign nurses and doctors to stem deaths from a raging cholera epidemic that an international aid operation is struggling to control, the United Nations' top humanitarian official said.

Around 1,000 trained nurses and at least 100 more doctors were urgently needed to control the epidemic, which has struck the impoverished Caribbean nation months after a destructive earthquake.

The outbreak has killed more than 1,400 Haitians in five weeks and the death toll is climbing by dozens each day.

"We clearly need to do more," Valerie Amos, the UN's Under Secretary-General for Humanitarian Affairs, said in Port-au-Prince during a visit seeking to increase the scale and urgency of the cholera response.

"But it's not just money, it's crucially people, in terms of getting more doctors, nurses, more people who can help with the awareness-raising and getting information out there," she said.

The real death toll may be closer to 2,000, UN officials say. Hundreds of thousands of Haitians are likely to catch the disease, they say, and the epidemic could last a year, complicating an arduous recovery from the earthquake that occurred on 12 January 2010.

Amos said the United Nations would reach out to countries and aid organisations with the potential to rapidly supply medical staff, for example Cuba, which already has about 400 doctors and other health personnel in Haiti.

Despite the health crisis, Haiti is going ahead with presidential and legislative elections, as the United Nations and aid groups desperately try to drum up more international funding and support to fight the unchecked cholera crisis.

Hospitals and treatment centres across the country are overflowing with cholera patients. Many of the sick are being treated outdoors, in courtyards and tents.

Additional personnel were also urgently needed to run health information campaigns and help staff oral rehydration units, which the government and its aid partners are scrambling to set up across Haiti.

If untreated, cholera, a virulent diarrhoeal disease, can kill in hours, but if caught early enough can be easily treated through rehydration of the infected person.

"I'm being told it hasn't reached its peak yet, that it will get worse before it gets better," Amos said.

Not enough is being done

She said Haiti, the Western Hemisphere's poorest state, had been slammed by multiple successive emergencies since the January earthquake, the cholera outbreak starting in mid-October, a hurricane that ravaged crops and caused flooding in early November, putting it high on the priority list of the UN humanitarian mission.

UN officials say the international response to an appeal by the world body for $164 million (about R1.1billion) to fund a scaled-up cholera response has been insufficient. Amos said her task was to make sure the international community did not forget about Haiti.

"I will go back with a set of very clear action points ... talking to member states, talking to partner organisations and saying very clearly to them we're not doing enough, we have to do more," she said.

Given the billions of dollars that had already been pledged for Haiti's earthquake recovery, Amos said it was possible some members of the international community did not understand why separate additional funds were needed for the cholera response.

"All this in a country devastated by an earthquake where you lost significant numbers of people who would have been part of working on the solution," Amos added.

Much of Haiti's health infrastructure was shattered by the earthquake, which killed more than 250,000 people, mostly in the capital Port-au-Prince, decimating the ranks of the government civil service.

Amos said it would take time to solve Haiti's huge problems, stressing that even before the earthquake and the cholera epidemic the country's health and development levels were among the lowest in the world.

"This kind of an assumption that when there is a disaster, you can fix it in two or three months, it just isn't true," she said.

We live in a world where facts and fiction get blurred
In times of uncertainty you need journalism you can trust. For 14 free days, you can have access to a world of in-depth analyses, investigative journalism, top opinions and a range of features. Journalism strengthens democracy. Invest in the future today. Thereafter you will be billed R75 per month. You can cancel anytime and if you cancel within 14 days you won't be billed.
Subscribe to News24
Next on Health24
Sugar-sweetened drinks wreak havoc with cholesterol levels, harming the heart