What is 'blue light therapy' and how can it help relieve constipation? 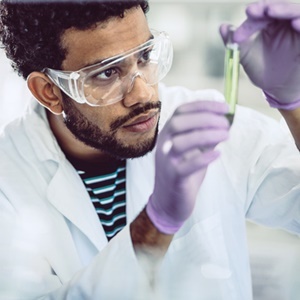 The science for constipation relief, via blue light, is not that far off.

Constipation can be relieved with laxatives or enemas. While this offers temporary alleviation, using laxatives over a long period may end up damaging the body. Besides affecting one's natural salt and mineral balance, the body may become dependent on these laxatives and end up being unable to move the bowels naturally.

Enemas have been known to damage bowel muscle over time. Also due to most enemas being administered in a non-medical environment, they may introduce infection.

As an alternative, scientists are therefore looking to blue light therapy to provide relief.

But before we get too excited, research is still in the experimental phase. However, the experiment itself is already a major breakthrough.

What is 'blue light therapy'?

Light therapy is scientifically known as optogenetics. This involves the stimulation of cells or neurons in living tissue. But, in order for these cells to be stimulated, they would have to be genetically modified to respond to blue light.

The blue light allows for certain functions in the tissue's cells to be "switched on and off". When a blue light is shone directly on these cells, whether internally or externally, they are stimulated. Stimulating the cells of the bowel muscles then cause them to eliminate waste.

In the experiment, blue light therapy was used to stimulate the neurons in the colons of genetically engineered mice.

This stimulation led to the movement of the bowels and the elimination of waste after the neurons in the bowels had been genetically engineered to respond to light stimulation. Proteins extracted from algae were used to achieve this effect.

Lead researchers, Professor Nick Spencer from Flinders University and Dr Hongzhen Hu from Washington University, believe that light therapy may be the way to relieve chronic constipation in humans.

“The most exciting aspect is that this optogenetic technology using light has already been shown to work in targeting cells in other organs without breeding genetically modified animals, so this signals this approach could be applied one day to humans,” says Prof Spencer.

According to the World Health Organization, obesity affects more than 1.9 billion people worldwide. Obesity is usually fuelled by diets consisting of processed foods and saturated fats. These diets lead to constipation. In the worst case scenarios, it may lead to chronic constipation.

When the research team shone a blue light on the gut of the mice, after 30 minutes their bowels moved and excreted the waste. However, when the light was on extracted bowels, they moved almost immediately.

“We believe that light stimulation is a very smart way to promote gastrointestinal motility in mice and could potentially be used in humans in future if figured out how to put these light sensitive enteric neurons in humans," said Dr Hu.

Fortunately, according to Prof Spencer, the introduction of these light-sensitive ions into the human body has already been approved for cancer therapy. So the science for constipation relief, via blue light, may not be that far off.

We live in a world where facts and fiction get blurred
In times of uncertainty you need journalism you can trust. For 14 free days, you can have access to a world of in-depth analyses, investigative journalism, top opinions and a range of features. Journalism strengthens democracy. Invest in the future today. Thereafter you will be billed R75 per month. You can cancel anytime and if you cancel within 14 days you won't be billed.
Subscribe to News24
Related Links
Constipation could save your life
Diagnosing constipation
Constipation? How a simple step may help
Next on Health24
How common is constipation during and after pregnancy?