A vibrating capsule could treat your chronic constipation 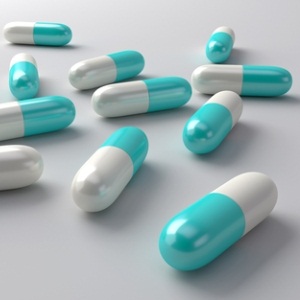 An oral capsule that vibrates as it moves through the digestive tract has shown notable promise as a non-pharmacological treatment for constipation, according to new research presented at Digestive Disease Week. In the pilot study, the vibrating capsule was found to nearly double the weekly bowel movements of patients suffering from chronic idiopathic constipation (CIC) and constipation predominant irritable bowel syndrome (C-IBS).

"Despite the widespread use of medication to treat constipation, nearly 50 percent of patients are unsatisfied with the treatment either because of side effects, safety concerns about long-term use, or the fact that it simply doesn't work," said Yishai Ron, MD, lead researcher for the study and director of Neurogastroenterology and Motility at Tel-Aviv Sourasky Medical Centre's Department of Gastroenterology and Hepatology.

Twenty-six patients took the vibrating capsule twice per week and responded to a daily bowel movement and laxative use questionnaire. All patients initially underwent a two-week preliminary period without the use of laxatives. Patients reported an increase in spontaneous bowel movements from two to four times per week, as well as a decrease in constipation symptoms, including reduced difficulty in passing stools and incomplete evacuation. The study also found minimal side effects from the capsule use.

The capsule, which houses a small engine inside, is programmed to begin vibrating six to eight hours after swallowing. The vibrations (mechanical stimulations) cause contractions in the intestine, which help move stool through the digestive tract. Chronic constipation is a highly prevalent disorder that affects approximately 15 percent of the U.S. population. Symptoms can be burdensome, leading to a reduction in patients' quality of life.

"Sometimes, drug therapies bring more issues than relief for these patients," Dr. Ron said. "The results of this study point to the potential for an alternative treatment that avoids the typical drug side effects, such as bloating and electrolyte imbalance, by imitating the body's natural physiology."

Dr. Ron said he and his team plan to initiate a controlled, double blind study to expand on these findings and further explore the capsule's potential.

How to treat constipation

A natural approach to constipation

We live in a world where facts and fiction get blurred
In times of uncertainty you need journalism you can trust. For only R75 per month, you have access to a world of in-depth analyses, investigative journalism, top opinions and a range of features. Journalism strengthens democracy. Invest in the future today.
Subscribe to News24
Next on Health24
New drug cures constipation caused by painkillers