Exercise may reduce hospitalisation for COPD 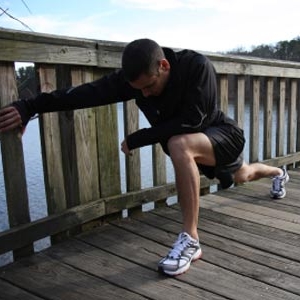 "Our findings suggest that regular physical activity could buffer the stresses of hospitalisation," said study author Huong Nguyen, of the Kaiser Permanente Southern California Department of Research and Evaluation.

"Future studies will focus on determining whether we can reduce hospitalisations by improving physical activity in patients with COPD," Nguyen added.

COPD refers to a group of diseases, including emphysema and chronic bronchitis, that cause airflow blockage and breathing problems. Fifteen million Americans report they have a COPD diagnosis, according to the US Centres for Disease Control and Prevention.

For this study, published in the Annals of the American Thoracic Society, researchers analysed the health records of more than 6 000 California patients, aged 40 and older. All were hospitalised with COPD during 2011 and 2012. The patients provided information about their physical activity levels.

"The results of this study are groundbreaking because measures of physical activity were derived from routine clinical care, instead of lengthy physical activity surveys or activity devices in smaller research samples," Nguyen said in a Kaiser news release.

"Previous research has only analysed the relationship between physical inactivity and increased [death] rate and hospitalisations, but not 30-day readmissions in patients with COPD," Nguyen added.

Many health care systems are looking at ways to reduce hospital readmissions, Nguyen said. "This study is novel in that we were able to capture information about patients' usual physical activity well before the initial hospitalisation and provides evidence that supports the promotion of physical activity across the COPD care continuum," Nguyen added.

While the study doesn't establish a cause-and-effect relationship between exercise and lower odds of readmission, it does suggest a link exists between the two.

We live in a world where facts and fiction get blurred
In times of uncertainty you need journalism you can trust. For 14 free days, you can have access to a world of in-depth analyses, investigative journalism, top opinions and a range of features. Journalism strengthens democracy. Invest in the future today. Thereafter you will be billed R75 per month. You can cancel anytime and if you cancel within 14 days you won't be billed.
Subscribe to News24
Related Links
Laughter can be dangerous to some people
Outdoor heat increases hospitalisation in elderly
Who gets COPD?
Next on Health24
Scientists discover 'new' cell type in human lungs - it may play a key role in lung diseases