What may be causing your chronic cough? 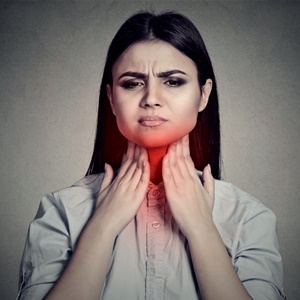 Coughing helps clear out foreign particles from your lungs.

The respiratory airways are lined with nerve fibres located just beneath the surface.

These fibres are vital for keeping your airways clean, and respond to changes in temperature, dust and other particles, acid and other irritants by inducing the cough reflex.

This isn’t the only way in which a cough can be triggered, as there are receptors in the throat, nose, ears and even on the lining of the lung and diaphragm as well.

There’s considerable overlap in these complicated nerve pathways, which sometimes makes the diagnosis of the cause for a chronic cough difficult.

The approach to identifying the cause of a chronic cough is usually to:

Generally, a chronic cough occurs as an isolated symptom that isn’t accompanied by other complaints such as fever, weight loss or coughing of blood. If any of these symptoms are present, your doctor will first direct his or her attention at specific or alternative causes.

A smoker’s cough (experienced early morning with sputum production) isn’t medically considered to be part of this chronic cough constellation. If you do have a smoker’s cough, the treatment is to quit smoking.

The cough will usually resolve within a month of giving up smoking, but may actually get worse before resolving as your airways start to clear out all the “gunk”.

Be aware that if your “normal” smoker’s cough changes, if you see blood in the sputum and/or if the colour and amount of sputum changes significantly, you should see a doctor.

The most common causes of chronic cough are listed below:

There are many other causes (e.g. non-asthmatic eosinophilic bronchitis, cancer, presence of a foreign body) that could be considered if none of the more common causes can be identified.

We live in a world where facts and fiction get blurred
In times of uncertainty you need journalism you can trust. For 14 free days, you can have access to a world of in-depth analyses, investigative journalism, top opinions and a range of features. Journalism strengthens democracy. Invest in the future today. Thereafter you will be billed R75 per month. You can cancel anytime and if you cancel within 14 days you won't be billed.
Subscribe to News24
Next on Health24
Tired of that nagging cough? Try giving your perfume a miss?