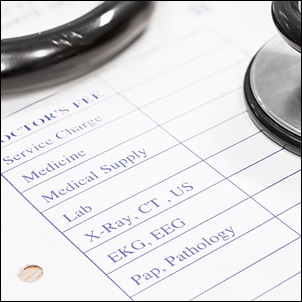 When taxi drivers work 16-hour days, health often takes a back seat, which is why the Mpumalanga Department of Health is bringing health screenings to taxi drivers and commuters alike.

In Msogwaba, the main taxi rank is abuzz with commuters rushing to work, taxi drivers loading up taxis, and hawkers selling food and veggies. Working long hours, many who use the rank are often not able to visit their local health centre during working hours, which is why the Mpumalanga Department of Health recently brought health services to them.

When Taxi driver Michael Nkosi wakes up at 03:00, he faces a 16-hour day ahead of him shuttling commuters from Msogwaba to central Nelspruit.

“I can’t remember when was the last time I visited a clinic for a consultation,” he said. “Ever since I started driving a taxi, I don’t have time anymore – even for (something) as simple as getting condoms.”

“Even when I have flu or other sickness I can’t consult (with a doctor) because of the time,” said Nkosi, who added that this usually means he opts to self medicate with over-the-counter medicines. “I usually buy medication at Spar because it’s near the taxi rank.

“Honestly, it’s costly for a person like me because I am not earning a lot of money,” he added.

Loss of a day’s wages

According to Cosatu, half of all workers in South Africa earn about R3 000 a month or R75 per day. For workers like these, buying a pack of Panado tablets and cough syrup could cost them about a day’s wages when the flu hits, according to the Medicines Prices Registry.

That’s why Nkosi said he welcomed the province’s recent push for mobile health services at the rank. Partnering with local non-governmental organisations, the provincial department of health recently set up a tent at the rank to provide outreach services including HIV counselling and testing as well as provision of contraceptives. A formal clinic is also planned for the commuter hub.

Busisiwe Mhlongo runs a small stall selling food at the rank. Between being a mother of three and running her own small business, Mhlongo has struggled to keep up with not only her own health needs but also those of her children.

“With my business I must be at my selling spot at 4am,” she said. “I am always with my last born son, but still can’t find time to go for contraceptive services or take my son to the clinic for his appointment dates.”

“The last time I took him to the clinic for immunisations was when he was one year and six months of age, ever since I have never taken him to the clinic,” she added. “This scares me because I am aware of the illnesses he can contract by not being fully immunised.”

“At least today I received contraceptives,” she said.

What about chronic medication?

Angie Mkasi who works at a shop near the rank and said she hoped that health workers could eventually supply chronic medication to those working at or near the tank.

“I was diagnosed with HIV three and half years back,” she said. “My last employer supported and encouraged me to adhere to my antiretrovirals (ARVs), but because my employer moved to another province I lost my job.

“My new employer he doesn’t give me time to collect my ARVs and I recently defaulted”, she said.

Read: No shortage of ARVs in South Africa

To ensure that patients on chronic medication like Mkasi do not miss a dose, the National Department of Health is currently piloting a Central Chronic Medicine Dispensing and Distribution Programme in National Health Insurance pilots in provinces such as Mpumalanga, KwaZulu-Natal and the Eastern Cape.

As part of this programme, three companies will be distributing chronic medications to pick up points outside of local clinics, including private pharmacies, that may be closer to patients or are open for longer hours. The programme aims to make collecting medications easier for patients while decongesting local clinics.

The lighter side of medicine: some of the funniest things I've seen as a doctor

This app can diagnose your illness by listening to your cough

Image: Stethoscope on prescription select focus of stethoscope from Shutterstock.

We live in a world where facts and fiction get blurred
In times of uncertainty you need journalism you can trust. For only R75 per month, you have access to a world of in-depth analyses, investigative journalism, top opinions and a range of features. Journalism strengthens democracy. Invest in the future today.
Subscribe to News24
Related Links
The most abused over-the-counter drug in SA
The 5 worst foodstuffs to eat when you’re sick
Natural treatments for joint pain
Next on Health24
Bee healthy: Honey may beat cold meds against cough