Why this children's illness has made a comeback 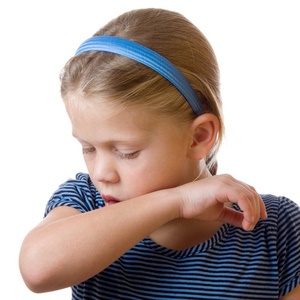 Whooping cough used to strike children, but it's more prevalent in adults than ever before.

Whooping cough (pertussis) used to be regarded as an illness of the past, and only dangerous to children.

Now, however, it seems to have made a comeback, not only in young children, but also in older children and adults who had received vaccinations expected to last a lifetime.

It appears that the vaccination is starting to lose its effectiveness between the ages of five and 10, leaving older children and adults susceptible.

What is whooping cough?

Pertussis is a highly contagious infection caused by the Bordetella pertussis bacterium. This illness causes 300 000 annual deaths worldwide and is recognised by a paroxysmal (spastic, intense) cough with a distinct whooping sound.

It can be avoided through vaccination, which has reduced the number of cases in recent decades.

Pertussis is a serious respiratory condition that can be deadly, especially in young babies or children with weak immune systems.

The illness that came back

Vaccination initially decreased the number of whooping cough infections, but it appears to have made a comeback since the 1980s. There has been a noticeable surge in the past couple of years, especially in the USA.

According to a paper published in Clinical Infectious Diseases, pertussis is naturally cyclic and peaks every three to five years. But for the past couple of decades the instances of peaks and the number of cases have increased.

Medical practitioners and researchers are puzzled at the surge of the disease since the 1980s and especially the peak between 1990 and 1999.

Some say it's because many parents choose not to vaccinate their children due to risks and side effects, while others think that it is because adults are now spreading the disease. People, especially in the USA, tend to think that pertussis is being brought in by unvaccinated visitors from other countries.

Research indicates that there might be a problem with the longevity of the original vaccine – anyone who received the vaccine 12 years ago or longer will have a breakdown in immunity.

This is why more and more adults seem to be succumbing to whooping cough. The need for a booster shot is now recognised.

How to protect yourself and your children

According to the National Institute for Communicable Diseases (NCID), pertussis can be prevented by active immunisation. In South Africa, the Expanded Programme on Immunisation (SA-EPI) schedule includes four doses of acellular pertussis vaccine, including a booster shot.

The primary series is given in three doses at six, 10 and 14 weeks of age. The fourth dose (booster) is given at 18 months. However, immunity after vaccination is not lifelong and wanes over time. As a result, and as per previous research, boosters are now recommended after four to eight years to maintain protective levels.

When someone is diagnosed with pertussis, people who have had close contact with the sick person can take prophylaxis (medication that prevents infection) to avoid infection, regardless of their age or whether they have been vaccinated before.

Could you have pertussis?

Pertussis is often misdiagnosed in adults because it is still widely believed to be an illness that only affects children. The symptoms also mimic other conditions such as asthma, bronchitis and allergies.

The disease lasts about six weeks, and has three stages. The incubation period lasts an average of seven to 14 days. The symptoms throughout the three stages are:

1. Cold-like symptoms such as a runny nose, teary eyes and congestion. A hacking night cough may be present, which can gradually worsen.

2. An intense cough after the 10th to the 14th day of the illness – this is a rapid, wet cough characterised by wet, stringy mucus and a whooping sound, followed by rapid inhalation.

3. Decreasing symptoms, but a cough may still be present.

When should you see your doctor?

Go to your medical practitioner immediately when:

We live in a world where facts and fiction get blurred
In times of uncertainty you need journalism you can trust. For only R75 per month, you have access to a world of in-depth analyses, investigative journalism, top opinions and a range of features. Journalism strengthens democracy. Invest in the future today.
Subscribe to News24
Related Links
‘Why is my cough worse at night?’
How far can a cough travel?
Why parents shouldn’t self-diagnose allergies in kids
Next on Health24
How far can a cough travel?