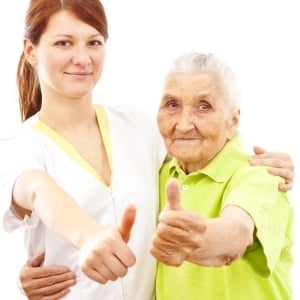 Doctor with Alzheimer's patient from Shutterstock

Running more than 15 miles a week may reduce the risk of dying from Alzheimer's disease, new research suggests.

Walking can help, too, if the amount of energy expended is equivalent to running more than 15 miles weekly, the study found.

"Exercise seems to prevent the shrinkage [in the brain] that occurs with age," said study researcher Paul Williams, a staff scientist at Lawrence Berkeley Laboratory in Berkeley, Calif.

And preserving brain volume may be why vigorous exercise helps reduce the risk of Alzheimer's death, according to Williams.

Williams' study also found that taking cholesterol-lowering drugs known as statins was linked to reduced risk of death from Alzheimer's disease, as did eating three or more pieces of fruit daily.

However, this study was only able to find associations between all of these factors and the risk of death from Alzheimer's disease. The study wasn't designed to prove whether or not running, walking, eating fruit or taking statins caused a decreased risk of Alzheimer's disease.

The study was published online in the Journal of Alzheimer's Disease.

About 5 million Americans age 65 and older have Alzheimer's disease, which causes problems with memory, thinking and behaviour, according to the Alzheimer's Association.

The study included more than 153 000 runners and walkers who have been participating in the National Runners' and Walkers' Health Studies. Men and women were recruited for the studies beginning in the early 1990s.

The amount of running needed to lower risk substantially is about double the current exercise recommendations from the U.S. Centres for Disease Control and Prevention. The CDC exercise guidelines are equivalent to running 4.6 to 7.7 miles a week, according to Williams.

Read: How is Alzheimer’s disease treated?

However, walkers have to walk about 50 percent further, walk briskly (equivalent to running a 12-minute mile) and put in more exercise time, according to Williams.

When looking at diet, the study found that those who ate three or more pieces of fruit a day had a 60 percent lower risk of death from Alzheimer's, compared to those who ate less than a piece of fruit daily.

Williams said he doesn't know if this is due to just the fruit, or if the fruit is a sign of other healthy habits, such as an overall healthy diet.

Those who took statins, which have been linked with lower Alzheimer's disease risk in other studies, had a lower risk of death from Alzheimer's by 40 percent, Williams found.

Future study is needed, Williams said. He expects that further research will find the risk of death associated with statins and fruit declines with a longer follow-up.

The findings about running and a reduced risk of Alzheimer's death echo some previous studies, said Heather Snyder, director of medical and scientific operations for the Alzheimer's Association.

Read: What are the causes of Alzheimer’s disease?

One of the strengths of the new research, she said, is the large numbers. However, because the participants are exercisers, they are not representative of the general population, many of whom don't exercise, she said.