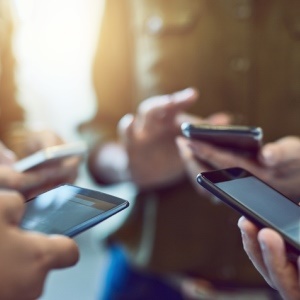 People may rely on social media such as Facebook to showcase the highlights of their lives, like vacations. But new research suggests the language they use in posts might also help predict depression.

Using sophisticated software, researchers were able to scan social media posts and detect depression months before it was apparent on clinical screening tests.

"Social media has made it possible for people to share a little bit of their daily life with researchers," said study author Andrew Schwartz, an assistant professor of computer science at Stony Brook University in New York.

"Basically, we used the language people wrote on a daily basis and related it to whether they had a diagnosis of depression," he explained.

So what types of language might reveal someone suffering from depression?

Using first-person pronouns was one of the patterns researchers saw. That means people used "I" or "me" frequently in their social media posts.

Schwartz said people eventually diagnosed with depression often talked about their feelings, physical aches and pains, and being alone.

But he cautioned against trying to diagnose your friends or family based on a couple of social media posts.

"A single post isn't enough to see depression. We were looking at six months of posts before a diagnosis of depression, so I wouldn't advocate that people try to judge their friends and family," he said.

Every year, more than 6% of Americans experience depression, the study authors noted. But fewer than half receive treatment for the disorder. These high rates of underdiagnosis or undertreatment suggest that current ways of identifying depression could be improved.

The research team was led by Johannes Eichstaedt, a doctoral student at the University of Pennsylvania.

The investigators accessed the Facebook posts of nearly 700 people who had gone to the emergency department of an academic center, including 114 who had been diagnosed with depression. All consented to sharing their Facebook information and their health records.

The researchers reviewed more than half-a-million Facebook posts to build the depression-detecting software algorithm. They determined the most frequently used words and phrases to identify depression-associated language markers.

Using these language markers, the researchers were able to predict future depression as early as three months before it was documented in medical records.

"Social media gets a lot of negative attention, but there's a flip side. It could be a very powerful tool for the overburdened mental health industry," Schwartz said.

The researchers envision this could be a screening tool for clinicians to use to perhaps detect depression sooner. But Schwartz also said more study is needed.

Dr Alan Geller is a psychiatrist at Gracie Square Hospital in New York City who was not involved with the new study. He said, "Depression is a real problem and preventive treatment is better than having to rescue someone.

"The idea that you could capture someone's risk on Facebook is engaging. Any sort of technology for mental health – especially because we don't have tests like labs or imaging and have to rely on what people tell us – could help," he added.

The study was published online October 15 in the Proceedings of the National Academy of Sciences.

We live in a world where facts and fiction get blurred
In times of uncertainty you need journalism you can trust. For 14 free days, you can have access to a world of in-depth analyses, investigative journalism, top opinions and a range of features. Journalism strengthens democracy. Invest in the future today. Thereafter you will be billed R75 per month. You can cancel anytime and if you cancel within 14 days you won't be billed.
Subscribe to News24
Related Links
Could Facebook stop a disease outbreak?
Twitter broadens discussions about death and grief
Suicide in university students likely tied to undiagnosed mental conditions
Next on Health24
Regular cannabis use puts young people at higher risk for self-harm and death, a new study finds