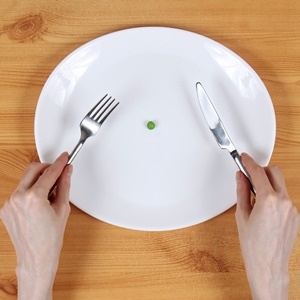 People with eating disorders have a higher suicide risk.

Udo and her colleagues looked at data on more than 36 000 adults. Among those with an eating disorder, only 50% said they sought help. Among people with anorexia nervosa, 34.5% sought help; with bulimia, 63%, and with binge-eating disorder, 49%. Less than 30% overall said they looked for help from a counsellor or psychologist.

She also found that men and minorities were less likely to get help than women and whites for binge-eating disorder.

"These sex differences may be due to the expectation that eating disorders primarily affect young white women, which may lead to heightened stigma surrounding eating disorders for men or ethnic/racial minorities and discourage seeking treatment," Udo said in a university news release. The study was published recently in Mayo Clinic Proceedings.

Overvaluation of shape or weight

In the third study of 207 people with binge-eating disorder, the researchers found that more than half of the participants placed a high value on their weight or body shape. This study was published in the journal Obesity.

Participants with this "overvaluation" of their body shape also had problems with normal activities and getting along with others. They were more likely to have serious problems in their everyday lives.

"Our findings suggest that overvaluation could signal more severe cases of binge-eating disorder, and thus it is important to assess," said Udo. "Those with binge-eating disorder who report overvaluation of shape/weight may require more intensive treatment and may benefit from treatment that specifically addresses their body image over other factors."

We live in a world where facts and fiction get blurred
In times of uncertainty you need journalism you can trust. For 14 free days, you can have access to a world of in-depth analyses, investigative journalism, top opinions and a range of features. Journalism strengthens democracy. Invest in the future today. Thereafter you will be billed R75 per month. You can cancel anytime and if you cancel within 14 days you won't be billed.
Subscribe to News24
Related Links
Putting pressure on your kids to diet can backfire and result in damaging long-term health problems
Could extreme eating habits be an early clue to autism?
5 myths about eating disorders we should stop believing
Next on Health24
Reach out – 5 tips on how to support someone who may be suicidal