The jobs in the US that carry the highest suicide risk 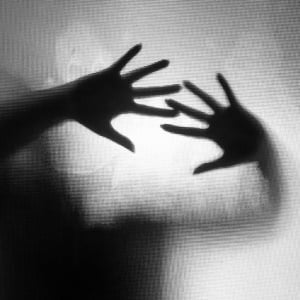 Increasing suicide rates in the US are a concerning trend.

The rate of suicide among US workers has jumped 34% since 2000, and certain occupations seem to be riskier than others, government health researchers report.

Those most at risk: men with construction and extraction jobs, and women in arts, design, entertainment, sports and media, according to the US Centers for Disease Control and Prevention.

"Increasing suicide rates in the US are a concerning trend that represent a tragedy for families and communities and impact the American workforce," said Dr Deb Houry, director of the CDC's National Center for Injury Prevention and Control.

"Knowing who is at greater risk for suicide can help save lives through focused prevention efforts," Houry said in a CDC news release.

In 2015, the three riskiest occupations for men were construction and extraction; arts, design, entertainment, sports and media; and installation, maintenance and repair.

Among women, the top three were the arts, design and media category; jobs in protective service; and health care support.

Suicide risk increased the most for women working in food prep and serving (up 54%) and for men in arts, design, entertainment, sports, and media occupations (up 47%), the study found.

For teachers and librarians, some good news emerged: Men and women in education, training and library occupations had the lowest suicide rates in 2015.

The workplace is an important area for suicide prevention efforts because that's where many adults spend a great deal of their time, according to the CDC.

It's important to recognise the warning signs that someone might want to end their life. The National Institute of Mental Health says the following behaviours may indicate that you or a loved one needs help immediately:

Researchers found that in 2015, the suicide rate for males in construction and extraction was about 53 per 100 000. Among women in arts, design, entertainment, sports, and media, the rate was nearly 16 per 100 000.

The study was published in the CDC's Morbidity and Mortality Weekly Report.

In South Africa there are 23 suicides a day recorded and 230 serious attempts. You can call SADAG  to talk on behalf of a loved one, colleague, or friend.

Trained counsellors are there to help and refer you to local counsellors, facilities and support groups:

We live in a world where facts and fiction get blurred
In times of uncertainty you need journalism you can trust. For 14 free days, you can have access to a world of in-depth analyses, investigative journalism, top opinions and a range of features. Journalism strengthens democracy. Invest in the future today. Thereafter you will be billed R75 per month. You can cancel anytime and if you cancel within 14 days you won't be billed.
Subscribe to News24
Related Links
Men: mental health issues are not a sign of weakness
Suicide in university students likely tied to undiagnosed mental conditions
Next on Health24
7 myths about suicide busted