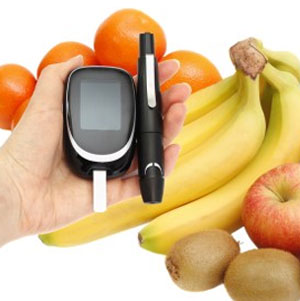 Depression can affect almost every aspect of life, but some of the changes brought about by the disorder can be downright dangerous for those with diabetes.

"Depression is a very common accompanying condition for people with diabetes. It's important to know that depression can lead to hypoglycemic episodes," said study author Dr Wayne Katon, a professor of psychiatry at the University of Washington Medical School in Seattle.

"About one-quarter of all severe drug side effects that lead people to an ER visit or hospitalisation are related to dramatic drops in blood sugar. Hypoglycemia is a dangerous and expensive problem. And, for people with diabetes, depression increases the risk of serious hypoglycemia by about 40% over five years, and leads to a greater number of hypoglyacemic episodes," he explained.

Results of the study are published in the May/June issue of the Annals of Family Medicine.

So, someone living with diabetes has to maintain a balance between the medications they take to lower their blood sugar and what they eat. Other factors, such as physical activity and stress, also can affect blood sugar levels.

The study included just over 4 100 people with diabetes. Nearly 500 of these people met the criteria for having major depression during the five-year study period.

The average age of the study volunteers was 63, and the average duration of diabetes was 10 years. Most - 96% - had type 2 diabetes. About one-third were taking insulin to control their diabetes. Just 1.4% were experiencing complications of diabetes.

The risk of hypoglycemia was unaffected by the type of treatment received. People taking oral medications were just as likely to have a hypoglycemic episode as those taking insulin, according to the study.

Katon said there are two likely explanations for these increased risks. One is that depression leads to psychobiological changes that cause big fluctuations in blood sugar levels, which may make it harder to prevent low blood sugar levels.

The other possibility is that depression leads to a lack of interest in the self-care that's necessary to manage diabetes well. "People who are depressed may be less likely to test their blood sugar levels regularly. They may adhere to their medications less well. They may forget if they've taken them, and then end up taking an additional dose," said Katon.

Another expert, Eliot LeBow, a therapist with a diabetes-focused practice in New York City, and a type 1 diabetic himself, agreed that "depression can affect a person's ability to manage their diabetes." But, he said there was an important piece of information missing from the study: how much diabetes education a person has had. People who've had more diabetes education would probably be less likely to have a severe hypoglycaemic episode, LeBow suggested.

He also noted that high blood sugar symptoms can look a lot like depression symptoms. "Sometimes, when you make a few changes in how someone is managing their diabetes, their depression may lift," said LeBow.

Both experts agree that people with diabetes who are depressed need to get help. And, fortunately, there are treatments available - psychotherapy and medications. Katon said there are depression medications that don't significantly affect blood sugar levels.

According to the US National Institute of Mental Health, depression symptoms include:

Although the study found an association between depression and greater risk of hypoglycaemic episodes, it did not prove a cause-and-effect relationship.

Learn more about diabetes and depression from the U.S. National Institute of Mental Health.

We live in a world where facts and fiction get blurred
In times of uncertainty you need journalism you can trust. For 14 free days, you can have access to a world of in-depth analyses, investigative journalism, top opinions and a range of features. Journalism strengthens democracy. Invest in the future today. Thereafter you will be billed R75 per month. You can cancel anytime and if you cancel within 14 days you won't be billed.
Subscribe to News24
Related Links
What are the symptoms of depression?
I've got diabetes: what now?
Coffee bean extract may control blood sugar
Next on Health24
Dagga smokers have better blood sugar control