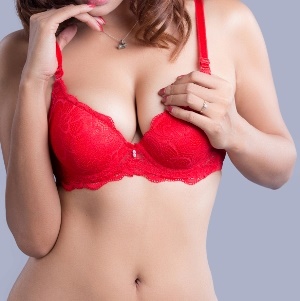 Women with diabetes who take insulin appear to have a higher risk of dense breasts, a known risk factor for breast cancer, new research suggests.

Women with diabetes who take insulin "have considerably increased breast density [compared to] women without diabetes", said study lead researcher Zorana Andersen. She's an associate professor of epidemiology at the University of Southern Denmark in Esjberg.

Conversely, women taking the oral medication metformin instead of insulin to treat their diabetes seem less likely to have dense breasts, Andersen said.

Women with breasts that were more than 75 percent dense had a four to six times higher risk of breast cancer than women whose breasts were fattier, with a density of less than 25 percent, the researchers said.

Andersen and her team emphasised that, while insulin treatment was linked with greater chances of higher breast density, that doesn't prove insulin increases breast cancer risk. The study wasn't designed to prove a cause-and-effect relationship.

Andersen was to present the findings at the European Breast Cancer Conference in Amsterdam, the Netherlands. Research from meetings is generally viewed as preliminary until published in a peer-reviewed journal.

For the study, Andersen evaluated more than 5,600 women. They all had mammograms between 1993 and 2001. The average age was 56. Most of the women were past menopause. More than half had breasts classified as mixed or dense. Slightly more than 2 percent of the women had diabetes.

Overall, women with diabetes were less likely to have mixed or dense breasts, the study found.

Read: Diabetes and the heart

However, women taking insulin injections were more than twice as likely to have dense or mixed (dense and fatty) breasts, the study found. This was true regardless of their body mass index, or whether they had gone through menopause – when breasts may become less dense, the researchers said.

Meanwhile, women with diabetes who managed their condition with diet or with non-insulin medications were less likely to have dense breasts, the study found.

Diabetes has previously been linked with a higher risk of breast cancer, Andersen said. But, exactly why there has been an association hasn't been clear. It's also not clear how insulin may be increasing the odds of denser breasts.

Cancer cells grow rapidly and uncontrollably, and growth factors are crucial for cancer to progress, Andersen said. "Insulin is a growth promoting factor of all body tissues," she said, "and thus it is plausible that it can increase the amount of epithelial or stromal tissue in the breast, thus increasing overall breast density."

For now, Andersen said, women should be aware that different types of diabetes treatments seem to affect breast density differently. Women on insulin should consider asking their doctor about whether they need extra screening with mammograms and other tests, she added.

Andersen wants to look further at the effect of different diabetes treatments on breast cancer risk, including the finding that the non-insulin medications were linked with less breast density.

Dr Wei Feng is an endocrinologist at the City of Hope Cancer Centre in Duarte, California. She called the study finding interesting and novel. She also said she'd like to see more research on the link between non-insulin medication, such as metformin, and reduced breast density.

We live in a world where facts and fiction get blurred
In times of uncertainty you need journalism you can trust. For only R75 per month, you have access to a world of in-depth analyses, investigative journalism, top opinions and a range of features. Journalism strengthens democracy. Invest in the future today.
Subscribe to News24
Next on Health24
Fitness in youth may protect you from diabetes later in life