Is a low-carb diet really the answer for type 2 diabetes? 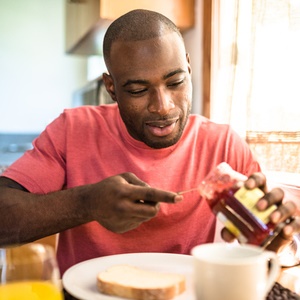 What's the deal with carbs if you are diabetic?

Type 2 diabetes is characterised by the resistance to the function of insulin – and eventually insulin insufficiency.

Insulin is a hormone that is released in response to raised blood sugar levels. Blood sugar levels are influenced by several factors such as stress, activity and by the type and quantity of the carbohydrates we consume.

The question we are addressing is if a low carbohydrate diet is the best way to optimally manage blood sugar levels.

What is a low carbohydrate diet?

The other problem with a low carbohydrate diet is that one size doesn't fit all. A woman weighing 50kg who consumes 80g of carbohydrate cannot be compared with a 90kg man consuming the same amount. It might be sufficient for the woman, but definitely not for the 90kg man.

The main management goals of type 2 diabetes are:

The advantages of a low carbohydrate diet with regards to diabetes management:

Disadvantages of a low carbohydrate diet:

So, what diet is best for diabetics? SEMSDA (Society from Endocrinology, Metabolism and Diabetes of South Africa) recommends an individualised approach. A health professional should consulted to compile a sustainable eating pattern based on the person's lifestyle, culture, budget constraints and food preferences.

Carbohydrate management is a key factor in diabetes management and it is vitally important that both the type and amount of carbohydrate consumed in the diet be addressed.

We live in a world where facts and fiction get blurred
In times of uncertainty you need journalism you can trust. For 14 free days, you can have access to a world of in-depth analyses, investigative journalism, top opinions and a range of features. Journalism strengthens democracy. Invest in the future today. Thereafter you will be billed R75 per month. You can cancel anytime and if you cancel within 14 days you won't be billed.
Subscribe to News24
Related Links
SEE: Sugar's not making SA sweet
10 tips to manage your diabetes
The dangerous reason why diabetics are skipping their insulin
Next on Health24
WATCH | Egg consumption linked to type 2 diabetes