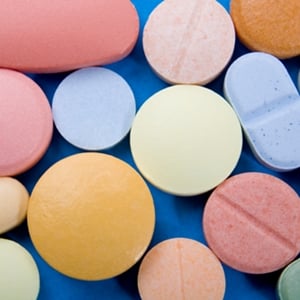 Invokana (canaglifozin) has been approved by the US Food and Drug Administration to treat type 2 diabetes, which affects about 24 million Americans.

The drug is among a new class of medications called sodium-glucose co-transporter 2 inhibitors. It works to block re-absorption of glucose by the kidneys, leading to more glucose being excreted by the body, the agency said in a news release.

The drug's safety and effectiveness were evaluated in nine clinical trials involving more than 10 200 people. The trials showed improvement in blood glucose levels and glucose control, the FDA said.

Invokana, which users should combine with proper diet and exercise, shouldn't be taken by people with type 1 diabetes, by those who have elevated ketones of the blood or urine, or by people with kidney impairment or end stage renal disease, the FDA said.

The drug may lead to a sudden drop in blood pressure when a user stands up, the agency said.

Invokana is produced for Janssen Pharmaceuticals of Titusville, NJ.

Visit Medline Plus to learn more about type 2 diabetes.

We live in a world where facts and fiction get blurred
In times of uncertainty you need journalism you can trust. For 14 free days, you can have access to a world of in-depth analyses, investigative journalism, top opinions and a range of features. Journalism strengthens democracy. Invest in the future today. Thereafter you will be billed R75 per month. You can cancel anytime and if you cancel within 14 days you won't be billed.
Subscribe to News24
Related Links
Binge drinking raises diabetes risk
Diabetics can eat right after using insulin
'Only fat people get diabetes'
Next on Health24
Love a hot bath? It could lower your risk of type 2 diabetes