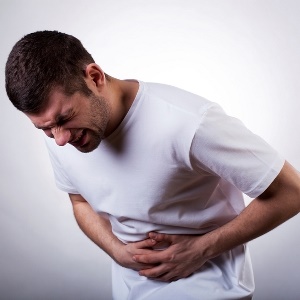 Crohn's disease appears to have at least two distinct genetic subtypes, which could explain why the condition is so hard to treat, a new study suggests.

Not hitting the right target

"The one-treatment-fits-all approach doesn't seem to be working for Crohn's patients," said study co-senior author Dr Shehzad Sheikh. He's an assistant professor in the departments of medicine and genetics at the University of North Carolina School of Medicine.

"It's plausible that this is because only a subset of patients has the type of disease that responds to standard therapy, whereas, for the rest of the patients, we're really not hitting the right targets," Sheikh said in a university news release.

Crohn's is a chronic inflammatory disorder of the intestinal tract. The most common symptoms are diarrhoea, stomach cramps and weight loss. The course and severity of the disease vary widely from patient to patient, which is one reason it's difficult to treat, the researchers noted.

For the study, Sheikh and his team analysed colon tissue samples from 21 Crohn's patients and discovered at least two separate genetic subtypes of the disease. Each had its own pattern of gene expression and mix of clinical characteristics, the researchers reported in the journal Gut.

The researchers said they believe the finding could lead to more effective treatments for Crohn's, which affects nearly one million people in the United States.

"We hope one day to be able to test Crohn's patients for the subtype of the disease they have, and thus determine which treatment should work best," Sheikh said.

We live in a world where facts and fiction get blurred
In times of uncertainty you need journalism you can trust. For only R75 per month, you have access to a world of in-depth analyses, investigative journalism, top opinions and a range of features. Journalism strengthens democracy. Invest in the future today.
Subscribe to News24
Related Links
Special investigations of Crohn's disease
Treatment of Crohn's disease
Common food additives linked to Crohn's disease
Next on Health24
New treatment for inflammatory bowel diseases