Faecal transplants for gut infection no better than antibiotics 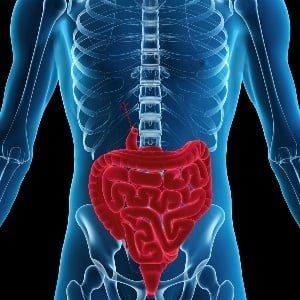 A single faecal transplant delivered by enema is apparently no more effective than oral antibiotics in treating recurring cases of a nasty stomach bug, a Canadian study contends.

The study is the first head-to-head comparison between faecal transplant and the current standard of care of antibiotics in treating Clostridium difficile infection, the researchers said.

"We thought it was important to have that comparison so we could know: How much better is it than what we're actually already doing?" said lead author Dr Susy Hota. She's the medical director of infection prevention and control at University Health Network in Toronto.

In this study, "it looks like they're working about the same," Hota said. "In half the patients, it didn't work, but in the other half, it did."

Infection from C. difficile bacteria can be debilitating, triggering bouts of diarrhoea and other intestinal symptoms.

It often occurs in hospitals and nursing homes among people on antibiotics, especially older adults, according to the US Centres for Disease Control and Prevention.

Antibiotics can destroy the gut's good bacteria, allowing the bug to multiply, the researchers said.

Introducing stool from a healthy donor into the bowel of a patient with C. difficile infection is believed to restore the gut's natural mix of microbes (known as microbiota).

Traditionally, doctors prescribe another antibiotic – oral vancomycin – to treat C. difficile. But infections treated with antibiotics recur in about 20 percent of patients, the CDC says.

Recent studies suggest faecal transplant may be an effective way to stop the cycle of infection.

Dr. Colleen Kelly, who wasn't involved in the new study, is an assistant professor of medicine at Brown University's Alpert School of Medicine in Providence, Rhode Island.

"The results from this study differ from our clinical experience, in which FMT [faecal microbiota transplantation] is effective for 85 to 90 percent of patients treated," Kelly said.

One reason may be the method of administration – the Canadian study used a single dose by enema. Delivery by colonoscopy "appears more effective", Kelly said.

Another may be the large volume of stool given in this study.

Read: Poo in a pill to treat gut infection

"I cannot imagine any patient would be able to retain that volume of stool for any length of time," Kelly said.

The study differs from others because the Canadian team was careful to include only patients with documented C. difficile recurrence, "and this is a strength of this study," Kelly noted.

Hota and her colleagues said there's an urgent need for more rigorous research exploring, for example, the optimal dose and delivery, donor selection and timing of treatment.

Their study treated 30 patients with recurrent C. difficile – 14 got standard treatment and 16 got faecal transplant. However, two dropouts left only 12 in the standard treatment group. Unlike blinded studies, patients and researchers knew which treatment was being administered.

Patients in the faecal transplant group were given a 14-day course of oral vancomycin followed by a single faecal enema. The antibiotic was given to ensure patients' diarrhoea was under control before introducing donor stool, Hota said.

The standard treatment group received a 14-day course of oral vancomycin, followed by four weeks of tapering doses of the antibiotic.

Patients were followed for 120 days, since many recurrences of C. difficile occur within three months, Hota explained.

After an interim analysis, researchers stopped the trial because the results showed no real difference in outcomes.

However, faecal transplant has the added benefit of getting patients off antibiotics in a disease driven by antibiotic exposure, she said.

The message is not that faecal transplants are not effective, Hota added. "We need to learn more about doing this properly," and this study contributes to that knowledge, she said.

The findings were published recently in the journal Clinical Infectious Diseases.

What your poo tells you

Will you drink poo water? Bill Gates did

We live in a world where facts and fiction get blurred
In times of uncertainty you need journalism you can trust. For 14 free days, you can have access to a world of in-depth analyses, investigative journalism, top opinions and a range of features. Journalism strengthens democracy. Invest in the future today. Thereafter you will be billed R75 per month. You can cancel anytime and if you cancel within 14 days you won't be billed.
Subscribe to News24
Related Links
Faeces transplant soothes tough-to-treat colon problems
Your stool ok?
What is faecal incontinence (FI)?
Next on Health24
Scientists discover a new organ in the digestive system