Scientists discover a new organ in the digestive system Experts learn something new about the functioning of the human body almost every day, but it’s not often that this fundamental understanding changes with a single discovery.

Scientists have found a new organ called the mesentery. It was previously believed to be merely a fragmented structure in the digestive system, and that its various parts did not have a collaborative function.

Researchers from the University of Limerick have published an article indicating it is one, continuous structure which connects the intestine to the abdomen. This changes our understanding of the digestive system and may have far-reaching implications.

“In the paper, which has been peer reviewed and assessed, we are now saying we have an organ in the body which hasn’t been acknowledged as such to date,” says Professor Calvin Coffey, the lead researcher.

“This is relevant universally as it affects all of us. Up to now there was no such field as mesenteric science. Now we have established anatomy and the structure. The next step is the function. If you understand the function you can identify abnormal function, and then you have disease.

“Put them all together and you have the field of mesenteric science . . . the basis for a whole new area of science,” he says on the university’s website. 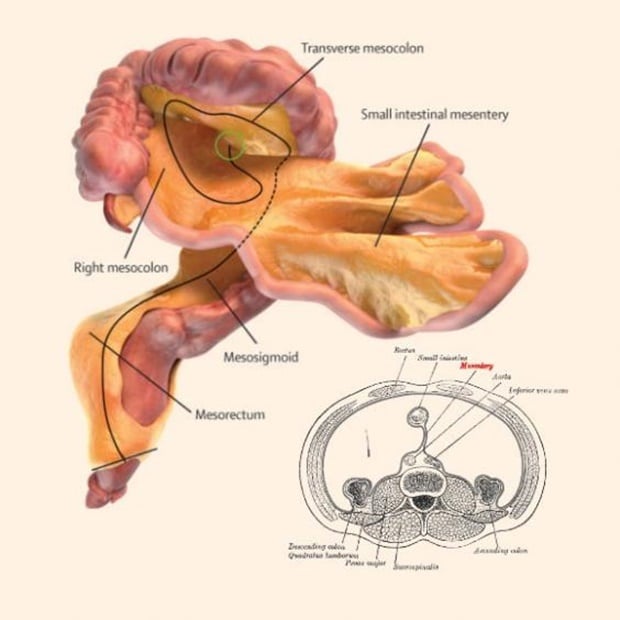 According to the study this discovery will explore the mesentery’s role in diseases and thus will affect future treatments and surgery.

According to Time magazine, Gray’s Anatomy, the world’s most famous medical textbook, has been updated to include the new definition.

“When we approach it like every other organ . . . we can categorise abdominal disease in terms of this organ,” Coffey said.

We live in a world where facts and fiction get blurred
In times of uncertainty you need journalism you can trust. For 14 free days, you can have access to a world of in-depth analyses, investigative journalism, top opinions and a range of features. Journalism strengthens democracy. Invest in the future today. Thereafter you will be billed R75 per month. You can cancel anytime and if you cancel within 14 days you won't be billed.
Subscribe to News24
Related Links
4 new approaches to IBS treatment
Gut Feelings – the 'Second Brain' in our gastrointestinal tract
Why digestive problems are common in type 1 diabetics
Next on Health24
When your bowel movements go wrong . . .