Gluten intolerance: Do you need a separate toaster, utensils in the kitchen? 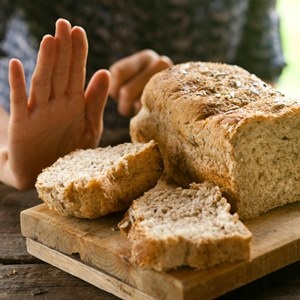 Common cooking activities in coeliac households do not involve a high risk of gluten exposure.

Living with the autoimmune condition coeliac disease (CD) can be challenging. Home meals require careful planning, and eating out is always risky.

For some families, keeping gluten-containing foods separate from other foods to avoid cross-contamination can be exhausting. Often this means taking precautions like doubling up on kitchenware appliances, i.e. toasters, bread machines, food processors etc.

But a new preliminary study from the Children’s National Hospital brings some relief to those concerned about gluten-free living, suggesting that the risk of gluten transfer in common-cooking activities may be lower than suspected.

The research, published in Gastroenterology, found no significant gluten transfer when tools like the same toaster or knives were used for both gluten-containing and gluten-free foods.

Coeliac disease most common in Europe

CD is a chronic digestive disorder caused by intolerance to gluten, a protein found in wheat and wheat products. Eating it can trigger immune system attacks and damage the small intestinal lining, causing symptoms such as abdominal pain, bloating, diarrhoea, and fatigue.

Although there are no accurate estimates of the incidence of coeliac disease in the South African population, a previous Health24 article notes that the disease tends to affect mainly individuals of European descent, and that the incidence s believed to be much lower in the indigenous population.

The disease also affects all age groups, including infants and children and is more common in women, with a female to male ratio of 2:1.

How concerned should you be about cross-contamination?

Worried about your kitchen activities exposing you or family members with coeliac disease to gluten? It's not so bad, say the study’s researchers.

They tested three scenarios where it was thought that gluten transfer could be high enough to pose a gluten exposure risk for someone with coeliac disease. Generally, a high risk scenario is where there are more than 20 parts per million (ppm) or .002%*.

The study found less gluten transfer than expected in the following scenarios:

*Interestingly, it is not possible to detect zero ppm, and the lowest detected level is 3 ppm (.0003%).

"Though the sample is small, this study gives me hope that someday soon we'll have empirical evidence to reassure the families we work with that their best defence is not two kitchens – it's simply a good kitchen and personal hygiene,” said Vanessa Weisbrod, executive director of the Celiac Disease Program at Children's National Hospital, who conceived and led the study.

"We still recommend following all guidelines from your coeliac care team to prevent cross contamination while we do further study," adds Benny Kerzner, M.D., the study's senior author and director of the Celiac Disease Program at Children's National.

Simple hygiene such as the washing of utensils and equipment with soap and water, and handwashing, can minimise the risk of exposure to gluten or eliminate it entirely.

"But the results are compelling enough that it's time for our larger coeliac community to look at the current recommendations with a critical eye and apply evidence-based approaches to pinpoint the true risks for families, and eliminate some of the hypervigilant lifestyle changes that we sometimes see after a family receives a coeliac diagnosis," says Kerzner.

Image: iStock
We live in a world where facts and fiction get blurred
In times of uncertainty you need journalism you can trust. For only R75 per month, you have access to a world of in-depth analyses, investigative journalism, top opinions and a range of features. Journalism strengthens democracy. Invest in the future today.
Subscribe to News24
Related Links
Excessive amounts of gluten for kids younger than five might raise odds for coeliac disease
Goodbye 'gluten-free'? Vaccine may make it possible
Gluten-free craze: But what about people who really can't have gluten?
Next on Health24
Scientists may have figured out main cause of inflammatory bowel disease