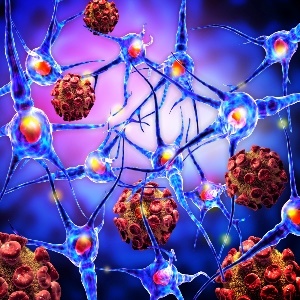 The initial and most important step in diagnosing an epileptic seizure is to obtain a clear description of the seizure either from the patients themselves, or more often, from reliable eyewitnesses.

The physician needs to recognise features that suggest a seizure and distinguish it from other kinds of brief neurological events. These include TIAs (transient ischaemic attacks – "mini-strokes"), fainting spells, behavioural problems and a range of involuntary movements.

Seizures are characterised by the presence of an aura, rhythmical jerking, alteration or loss of consciousness, and a post-ictal period of recovery. A careful history may also provide clues to finding a cause for seizures, such as a head injury or alcohol or drug addiction.

Usually patients have no signs of epilepsy or ill-health between seizures, and a physical examination may be quite normal. In some patients, signs of neurological disease may point towards a cause for the seizures.

An electroencephalogram (EEG) is a recording of the brain's electrical activity as measured by electrodes placed on the outside of the scalp.

A recording made during the normal interval between seizures in an epileptic often reveals a seizure "signature" – spiky waves on the smooth, regular background pattern of normal brain waves – and can provide important information about the type and location of the seizure. A normal EEG does not rule out the diagnosis of epilepsy, however.

During a seizure, abnormal activity tends to be clearly evident on the EEG recording. Certain patients may be admitted to an epilepsy unit for long-term monitoring. Here, a video recording of the patient asleep and awake and an EEG tracing are obtained over many hours. The two can then be compared side by side.

Other investigations including various blood tests and CT or MRI scans of the brain, help to determine a cause. They are often obtained as part of the workup of a first seizure.

We live in a world where facts and fiction get blurred
In times of uncertainty you need journalism you can trust. For only R75 per month, you have access to a world of in-depth analyses, investigative journalism, top opinions and a range of features. Journalism strengthens democracy. Invest in the future today.
Subscribe to News24
Next on Health24
Treatment of epilepsy