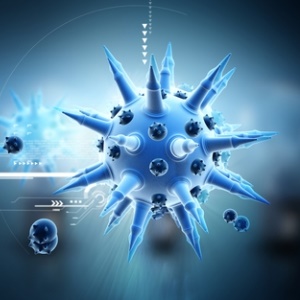 Millions of poultry killed in US due to bird flu

More than 35 countries have been hit in a surge in bird flu outbreaks since early last year, killing tens of millions of poultry, the World Organisation for Animal Health (OIE) said on Tuesday.

U.S. poultry and egg producers have been grappling with a record outbreak of avian flu, mainly the H5N2 strain, that has led to the culling of more than 33 million birds since December last year and is now threatening supplies.

Highly pathogenic H5N8, which like H5N2 has not been found in humans, was also reported in a few U.S. states, according to the U.S. Department of Agriculture.

"From there the strain probably spread with migratory wild birds to India, Europe, Canada and later the United States of America," the OIE said in a statement.

The Paris-based organisation urged its 180 member countries to better apply biosecurity measures in farms, live bird markets and in trade, and step up surveillance to curb the spread of the disease.

A global epizootic – an epidemic outbreak in animals – of H5N1 bird flu, which emerged in early 2004, led to several cases in humans, of which more than half proved fatal. It also led to the death of tens of millions of poultry, OIE said.

Although a pandemic was averted, the H5N1 strain is still present. Several outbreaks have been confirmed in West African countries in recent months, and the epidemic continues in Egypt, in Israel and the Palestinian territories.

We live in a world where facts and fiction get blurred
In times of uncertainty you need journalism you can trust. For 14 free days, you can have access to a world of in-depth analyses, investigative journalism, top opinions and a range of features. Journalism strengthens democracy. Invest in the future today. Thereafter you will be billed R75 per month. You can cancel anytime and if you cancel within 14 days you won't be billed.
Subscribe to News24
Next on Health24
New avian flu viruses send US scientists scrambling