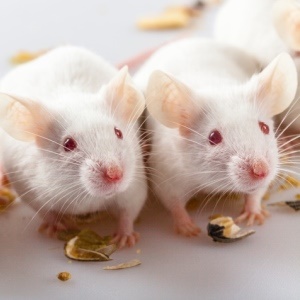 In what sounds like a sci-fi movie come true, researchers say they used gene manipulation to counter ageing in mice.

No human studies yet

"Our study shows that aging may not have to proceed in one single direction," said study senior author Juan Carlos Izpisua Belmonte. He's a professor in the gene expression laboratory at the Salk Institute for Biological Studies in La Jolla, California.

"It has plasticity and, with careful modulation, ageing might be reversed," Izpisua Belmonte said in an institute news release.

Of course, more research is needed to confirm the findings in mice. And the results of animal studies often fail to be duplicated in humans.

"Obviously, mice are not humans and we know it will be much more complex to rejuvenate a person," Izpisua Belmonte said.

The researchers said they triggered "expression" of genes normally associated with an embryonic state for short periods of time. In this way, they said, they reversed the effects of ageing.

Using this approach, the researchers said they also rejuvenated mice with a premature ageing disease, increasing their lifespan by 30 percent.

The paper was published in the journal Cell.

The researchers said the study offers new insight into cellular causes of ageing and might point to new ways to improve people's health and longevity.

However, any potential therapies that might result from this early stage research could take up to 10 years before the start of clinical trials, the study authors said.

We live in a world where facts and fiction get blurred
In times of uncertainty you need journalism you can trust. For 14 free days, you can have access to a world of in-depth analyses, investigative journalism, top opinions and a range of features. Journalism strengthens democracy. Invest in the future today. Thereafter you will be billed R75 per month. You can cancel anytime and if you cancel within 14 days you won't be billed.
Subscribe to News24
Related Links
Why skin wrinkles more around the eyes
Stress adds years to your face
Can childhood trauma make you old before your time?
Next on Health24
How forensic experts used genetic genealogy to help solve a grisly double murder - 16 years later