'I want to meet Taylor Swift before I go deaf' 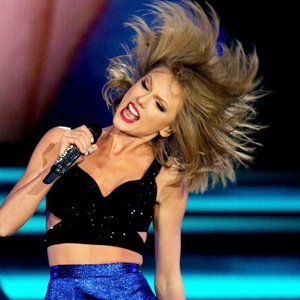 A 12-year-old girl from Australia, whose hearing is deteriorating, would like to meet Taylor Swift before she becomes completely deaf.

Jorja Hope, from East Maitland in Australia, was diagnosed with bilateral sensorineural hearing loss (SNHL), which will slowly worsen over time, according to Refinery 29.

She was born prematurely and, as a result, has suffered a number of complications. She has already had a number of surgeries on her ears, the Maitland Mercury writes.

SNHL is one of the most commonly-occurring forms of hearing loss and occurs when their is damage to the structures of the inner ear, and can be caused by a number of different factors including malformation of the inner ear, The American Speech, Language and Hearing Association explains.

In most cases, SNHL cannot be corrected through surgery or other medical interventions.

Jorja already has 45 decibels (dB) of hearing loss and is classified as having moderate hearing loss. She was recently fitted with a hearing aid.

When Jorja was told that her hearing loss would be permanent, one of her first responses was, "I won't be able to hear Taylor Swift sing." Jorja (left) with her twin sister Chloe (Image via Facebook)

One of Jorja's only wishes was to be able to meet Taylor Swift when she performs in Sydney on the 28th of November.

Jorja's parents have already managed to get tickets for her and her twin sister, Chloe, to go to the concert, but now Chloe would like to help her sister actually meet her favourite star.

Taylor Swift is known to have a big heart when it comes to her fans and those in need. Last year she visited a leukaemia patient in hospital and sang with him as he played the keyboard.

The Facebook page is growing quickly and has already received over 3 500 likes. Taylor Swift has yet to respond to Jorja's wish.

We live in a world where facts and fiction get blurred
In times of uncertainty you need journalism you can trust. For 14 free days, you can have access to a world of in-depth analyses, investigative journalism, top opinions and a range of features. Journalism strengthens democracy. Invest in the future today. Thereafter you will be billed R75 per month. You can cancel anytime and if you cancel within 14 days you won't be billed.
Subscribe to News24
Related Links
The 10 worst jobs for your ears
Is inaudible noise making you deaf?
Leaving childhood deafness untreated can be dangerous
Next on Health24
Gene therapy for deafness moves a few steps closer