Are you going deaf or do you just need to unblock your ears? 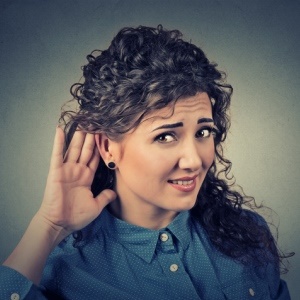 Many factors cause hearing loss, and it can be temporary or permanent.

Hearing loss can go unnoticed for years and can originate in the ear, in the sound-processing areas of the brain, or a combination of the two.

The situation is often reversible, as for example when the problem is caused by a temporary blockage in the ear canal.

When confronted with hearing loss, one of the first questions asked by patients is whether the situation is permanent or temporary.

If hearing loss is temporary, people might want to know how long it will last and if there's anything they can do to help restore their hearing. There are a number of things that can cause temporary hearing loss, including:

Exposure to noise louder than 85dB can temporarily damage your hearing depending on the noise level and proximity to your ear.

If there’s something blocking your ear canal, it will affect your hearing. This may be due to earwax, allergies, a cold or flu, swelling caused by an ear infection, fluid in the middle ear or a physical object in the ear canal.

3. Otoxic (toxic to the ear) medication

Some medications, like antibiotics and radiation or chemotherapy, can cause temporary hearing loss, tinnitus (ringing in the ear) and balance disorders.

Hearing tests are performed to determine how severe the loss is and where the problem lies.

According to the World Health Organization:

If the situation cannot be reversed, the foremost question on most patients' minds is if their hearing loss will get worse, and if they will become completely deaf.

According to the Marin Hearing Center, the six main causes of permanent hearing loss are:

A single loud bang may permanently damage your hearing in an instant.

Repeated exposures to loud noise may damage your hearing over an extended period of time, damaging the delicate hair cells in the inner ear. This may lead to permanent hearing loss and tinnitus (ringing in the ears).

Otitis media (inflammation of the middle ear) is the most common cause of hearing loss in children and can also affects adults. Damage from an ear infection can cause chronic or permanent hearing loss.

Presbycusis is the gradual loss of hearing that occurs as people grow older. The loss is usually greatest in the case of high-pitched sounds.

4. Injury to the head or ear

A blow to the head may cause permanent loss of hearing by changing the position of the three bones of the middle ear (ossicular dislocation), a ruptured eardrum, or damage to the delicate nerves in the inner ear or the brain.

6. Reactions to drugs or cancer treatments

Certain medications, like antibiotics, chemo- or radiation therapy, can damage the ear, resulting in hearing loss, tinnitus or balance disorders. There are more than 200 known ototoxic (damaging to hearing) drugs on the market. These problems may be reversed when medication is discontinued, but sometimes the damage is permanent.

No matter what the cause, hearing loss should never be ignored. Consult an audiologist as soon as you start to experience any problems with your hearing.

We live in a world where facts and fiction get blurred
In times of uncertainty you need journalism you can trust. For only R75 per month, you have access to a world of in-depth analyses, investigative journalism, top opinions and a range of features. Journalism strengthens democracy. Invest in the future today.
Subscribe to News24
Related Links
7 diseases that can cause hearing loss
What's causing your hearing loss?
Next on Health24
Disposable surgical masks best for being heard clearly when speaking, study finds