1 in 10 Americans has experienced ringing in the ears 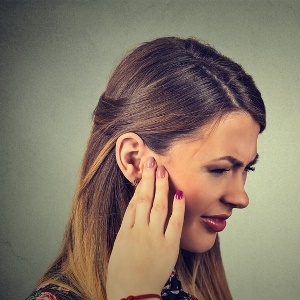 One in 10 Americans has experienced ringing in the ears, a condition called tinnitus, and that is likely the result of prolonged exposure to loud noises, new research suggests.

Of those who were struck by tinnitus, only 36 percent said they had it constantly, however.

Tinnitus is characterised by hearing sounds when there are none. The sounds can be perceived as ringing, buzzing, crickets or hissing. For those who struggle with it on a daily basis, the noise is so bothersome that it interferes with thinking, emotions, hearing, sleep and concentration, the researchers said.

In the study, "durations of occupational and leisure-time noise exposures correlated with rates of tinnitus and, accordingly, there are likely correctable risk factors that can be addressed in the workplace and at home," said lead researcher Dr Harrison Lin. He is an assistant professor in the department of otolaryngology-head and neck surgery at the University of California, Irvine.

But guidelines for treating tinnitus are rarely followed, and "consequently there is considerable room for improvement in the care provided by health care professionals for patients with chronic, bothersome tinnitus," Lin added.

"Noise exposures at work and at home seem to correlate with the prevalence of chronic tinnitus, and accordingly these noise exposures should be addressed and minimised," he said. But the study did not prove that such exposure caused the condition.

For the study, Lin and his colleagues evaluated data on nearly 76,000 adults who took part in the 2007 National Health Interview Survey.

Using that sample to estimate the prevalence of tinnitus in the entire US population, the researchers estimated that nearly 10 percent of adults suffer from tinnitus.

Read: Could your cellphone give you tinnitus?

Tinnitus was most common among those with consistent exposure to loud noises at work and during leisure time.

About 7 percent said tinnitus was a "big or a very big problem," compared with 42 percent who said it was a "small problem".

One expert thinks tinnitus is even more common than this study reports.

"Usually we estimate 10 to 15 percent of adults have tinnitus, some studies show it's as high as 30 percent," said James Henry, a research career scientist at the US National Centre for Rehabilitative Auditory Research at the VA Medical Centre in Portland, Oregon.

In addition to noise, tinnitus can be caused by drugs that can damage hearing, such as chemotherapy and certain antibiotics, said Henry, who is also a spokesman for the American Speech-Language-Hearing Association.

Learning to live with it

"There is no cure," he said. "There is no proven way to reduce the loudness of tinnitus or eliminate tinnitus." The only recommended treatments for tinnitus are hearing aids or cognitive behavioural therapy. "That's it," he said.

Although many so-called remedies claim to cure tinnitus, there is no evidence that nutritional supplements, vitamins or other medications work, Henry added.

Some people ignore their tinnitus, but about 20 percent of people have severe enough tinnitus to need some help, he said.

"There are ways to learn to live with it," Henry said. "Cognitive behavioural therapy techniques can help you cope with tinnitus."

If you have tinnitus, you should get your hearing tested, because 90 percent of people with tinnitus have hearing loss, he said.

"A smartphone is an excellent way to provide sound therapy," Henry said. "You can access all different sounds on the internet, you can download music – anything you want to listen to through your earphones. That's a very inexpensive way of providing sound therapy."

What is hearing loss?

We live in a world where facts and fiction get blurred
In times of uncertainty you need journalism you can trust. For only R75 per month, you have access to a world of in-depth analyses, investigative journalism, top opinions and a range of features. Journalism strengthens democracy. Invest in the future today.
Subscribe to News24
Next on Health24
More music-loving teens suffering permanent hearing damage