The events that led to the very first heart transplant

While research for the very first heart transplant had been going on for a while, it was a marriage of events that lead to the actual surgery taking place. Here is a recap of one of the greatest medical breakthroughs in history.

Late afternoon, approximately 15:30 Denise Darvall (25) (pictured below) and her parents Edward and Myrtle Darvall drive down Main Road, Salt River, in the direction of Milnerton. They are on their way to visit friends for afternoon tea. They stop across Wrench Bakery to purchase a caramel tart. A couple of minutes later Denise and Myrtle, having bought the cake, are walking back to the car where Eric is waiting. At that moment, a police reservist named Frederick Prins jumps a red traffic light, hitting Denise and Myrtle.

On the scene of the accident Myrtle is killed instantly. Denise is badly injured after hitting her head on the wheel cap and being flung onto the pavement. Coincidentally Mrs Ann Washkansky drives past the scene of the accident. She had just visited her ill husband, Louis Washkansky, in hospital. He is suffering from heart failure. An ambulance takes Denise to the casualty unit at the Groote Schuur Hospital. Later that afternoon Denise is declared brain dead by Drs Coert Venter and Bertie Bosman. She suffered fatal head injuries. When two experienced doctors both declare a patient brain dead, it's official. There was nothing more they could have done to save Denise. Doctors realise they might have a suitable heart donor.

Early that evening Denise's father, Edward Darvall gives permission for Denise’s heart and kidneys to be donated as he knows she would have given permission herself if it had been possible.

Before midnight the team starts to prep for surgery.

Just after midnight Denise Darvall is wheeled into the theatre and prepped for her heart to be removed.

Approximately before 01:00 Louis Washkansky is anaesthetised and his chest opened for the first heart transplant to take place. 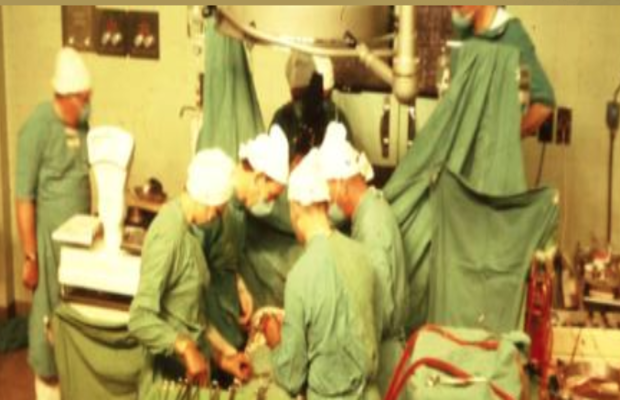 05:43 The actual transplant is now complete. The theatre team waits with bated breath for the heart to start beating on its own. 05:52 Denise's heart starts to quiver in Louis Washkansky's chest. The theatre team hold their breath: "Will this heart be able to beat after being weaned off the machine?" Then the pressure picks up and the heart starts beating. "Dit gaan werk!" (It's going to work!) yells Dr Christiaan Barnard. Unfortunately Louis Washkansky passes away from pneumonia, which wasn’t directly caused by the transplant. The first heart transplant would still be considered a resounding success.

We live in a world where facts and fiction get blurred
In times of uncertainty you need journalism you can trust. For 14 free days, you can have access to a world of in-depth analyses, investigative journalism, top opinions and a range of features. Journalism strengthens democracy. Invest in the future today. Thereafter you will be billed R75 per month. You can cancel anytime and if you cancel within 14 days you won't be billed.
Subscribe to News24
Next on Health24
Behind the drama of the world's first heart transplant