Alcohol not good for your heart after all 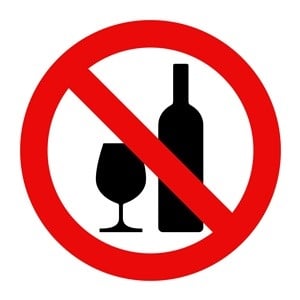 You might need to reconsider that nightly glass of wine (or beer, or liquor) because new research suggests that alcohol may not be as healthy for everyone's heart as previously believed.

Long-term drinking, even moderate amounts of alcohol, may increase some people's risk of stroke by causing the heart's left atrium to get bigger, the researchers said. The left atrium is the upper left chamber of the heart.

This enlargement of the left atrium can contribute to a heart condition called atrial fibrillation, in which the heart beats irregularly, said senior researcher Dr Gregory Marcus. He's director of clinical research with the University of California, San Francisco, division of cardiology.

Atrial fibrillation causes blood to pool and clot in the left atrium. If a clot breaks free, it can block a blood vessel in the brain, causing a stroke. About 15 percent of people who have a stroke have atrial fibrillation first, according to the US National Institute of Neurological Disorders and Stroke.

"This new information should temper any drinking that may be occurring because people think it's good for their heart," Marcus said.

Not the case for everyone

But, he also noted that these findings may not apply to everyone. Some people may have a genetic predisposition for atrial fibrillation, and alcohol just makes things worse, he said.

Long-term heavy drinking has been shown to cause heart failure by enlarging the lower chambers of the heart, which are known as the ventricles, Marcus said. Other lab research has determined that the atria are even more prone to alcohol-related damage than the ventricles.

The new study looked at data on 5 220 participants from the Framingham Heart Study. This study is an ongoing long-term project tracking the health of residents in the town of Framingham, Massachusetts.

The participants' average age was 56 and slightly more than half were women. The average follow-up time was six years, according to the report.

The analysis revealed that an average 24 percent of the association between alcohol and atrial fibrillation risk could be explained by enlargement of the left atrium.

Although the study wasn't designed to prove a cause-and-effect link, regular drinking appeared to increase a person's risk for atrial fibrillation, the findings showed. Every 10 grams of alcohol consumed per day – about one drink a day – increased the risk of developing atrial fibrillation by about 5 percent.

The researchers also found that every additional 10 grams of alcohol daily was linked to a 0.16 millimeter increase in the size of the left atrium. As the atrium enlarges, it becomes less able to sustain a regular heartbeat.

Researchers said the relationship between atrial fibrillation and alcohol consumption remained even after factoring in other heart health risk factors such as high blood pressure, diabetes or smoking.

These findings run counter to, but don't necessarily contradict, other studies that have shown some people may benefit from a glass of wine every day, Marcus said.

One or two drinks a day

"It may be that if we could really understand a given person's risk, either from their genetics or from a deep understanding of their behaviors and exposures, we might be able to risk-stratify them appropriately to counsel them regarding their optimal alcohol intake," he said.

"You may identify someone at risk for alcohol-induced atrial fibrillation, and you might tell that person to avoid alcohol," he continued.

"Someone else may benefit from a little bit of alcohol. I might actually recommend, if there's no evidence of addiction or abuse, one or two drinks a day," he said.

American Heart Association spokesperson Dr Mariell Jessup agreed that these results should prompt some people to reconsider their drinking, particularly if they think it's helping their heart health.

People who drink every day should talk with their doctor about the heart health risks, even if it's only one drink a day, said Jessup, who's also a professor of cardiology at the Hospital of the University of Pennsylvania in Philadelphia.

Those who have other heart risk factors – such as high blood pressure or a family history of heart disease – should take their drinking even more seriously, she said.

On the other hand, people free of risk factors who eat right and exercise regularly shouldn't worry too much about a regular drink, according to Jessup.

"If everything else in your life is absolutely perfect and you enjoy a glass of wine every night, then that's OK," she said.

"On the other hand, there are not many people who can say that," Jessup noted. "In the patient who is at risk for atrial fibrillation for other reasons, this is useful information because they probably already have a somewhat dilated left atrium."

We live in a world where facts and fiction get blurred
In times of uncertainty you need journalism you can trust. For 14 free days, you can have access to a world of in-depth analyses, investigative journalism, top opinions and a range of features. Journalism strengthens democracy. Invest in the future today. Thereafter you will be billed R75 per month. You can cancel anytime and if you cancel within 14 days you won't be billed.
Subscribe to News24
Related Links
Are you as drunk as the company you keep?
Can exercise offset damaging effects of alcohol?
Does drinking really make you happy?
Next on Health24
Man's 'heart attack' caused by a battery - which he swallowed intentionally