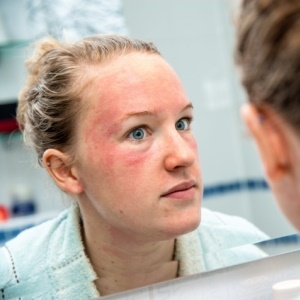 Eczema is no longer linked to heart disease. (iStock)

Many people struggle with the disfiguring effects of eczema, and it has even been linked to heart disease – but there is some good news.

A new study found no association between higher risk of cardiovascular disease and atopic dermatitis.

According to the South African National Eczema Association (SANEA), dermatitis, also called eczema, refers to superficial, itchy skin inflammation. Acute lesions are red and swollen. Blisters may form which, on breakage, leak fluid leading to the formation of crusts.

A previous Health24 article, advises the following steps for the treatment of eczema:

The authors of the new study analysed the medical records of nearly 260 000 Canadians between the ages of 30 and 74.

They found that the 7% with atopic dermatitis "were not at any increased risk for high blood pressure, type 2 diabetes, heart attacks or strokes," said lead author Dr Aaron Drucker. He's an assistant professor of dermatology at Brown University in Providence, Rhode Island.

The study could not determine whether there might be a link between eczema severity and heart disease, Drucker said in a university news release. He added that he is now researching that.

While eczema and psoriasis are similar in some ways, they are different at the molecular level, which may be why only one appears to be linked to heart disease, he added.

We live in a world where facts and fiction get blurred
In times of uncertainty you need journalism you can trust. For only R75 per month, you have access to a world of in-depth analyses, investigative journalism, top opinions and a range of features. Journalism strengthens democracy. Invest in the future today.
Subscribe to News24
Related Links
Silk clothes won't soothe eczema itch
Can eczema be outgrown?
Prevalence of eczema
Next on Health24
Man's 'heart attack' caused by a battery - which he swallowed intentionally