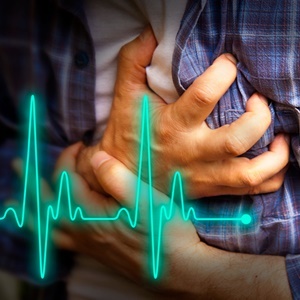 Scientists report another step in the use of stem cells to help treat people with debilitating heart failure.

In an early study of 27 patients, Japanese researchers used patients' own muscle stem cells to create a "patch" that was placed on the heart.

Over the next year, the patients generally showed small improvements in their symptoms – including the ability to walk without becoming breathless and fatigued.

Much more to be done

However, experts cautioned that while the results are encouraging, there's a lot of work left ahead before stem cells can be used to treat heart failure.

"They've shown that this approach is feasible," said Dr Eiran Gorodeski, a heart failure specialist at the Cleveland Clinic in Ohio.

But it's not clear whether the stem-cell tactic was actually effective, said Gorodeski, who was not involved in the study.

That's because the study didn't include a comparison group that did not receive stem cells.

So it's possible, Gorodeski explained, that the "modest" symptom improvements would have happened anyway. All of the patients were on standard medications, and some had heart devices implanted.

Stem cell research informs us how the human body works and how to approach treatment of various illnesses, according to a previous Health24 article.

In the past 15 years or so, scientists have tried to use the cells to help repair some of the damage seen in heart failure.

Heart failure is a progressive disease where the heart muscle is too damaged to efficiently pump blood throughout the body. It often arises after a heart attack.

Symptoms of heart failure include fatigue, breathlessness and swelling in the limbs. The condition cannot be cured, although medications and implantable devices can treat the symptoms.

In the new study, the researchers used stem cells from the patients' own thigh muscle to create a patch they placed on the heart.

That's in contrast to many past studies, where researchers have injected stem cells – often from patients' bone marrow – into the heart.

The patch tactic could have some advantages, said senior researcher Dr Yoshiki Sawa, of Osaka University.

He said animal research suggests that cells in sheet form survive for a longer period, compared to injections.

To test the safety of the approach, Sawa's team recruited 27 patients who had debilitating symptoms despite standard heart failure therapies. The scientists extracted stem cells from each patient's thigh muscle, then cultured the cells so that they formed a sheet.

The sheet was placed on each patient's heart.

The tactic appeared safe, the researchers said, and there were signs of symptom improvements over the next six months to a year.

Why would stem cells from the thigh muscle affect the heart? It's not clear, Sawa acknowledged.

The stem cells don't grow into new heart muscle cells. Instead, Sawa explained, they seem to produce chemicals called cytokines that can promote new blood vessel growth in damaged areas of the heart. The theory, he said, is that "hibernating" cells in the heart muscle can then function better.

Still, it's too soon to know what the new findings mean, said Gorodeski.

This type of trial, called phase 1, is designed to look at the safety and feasibility of a therapy, Gorodeski said. It takes later-phase trials – where some patients receive the treatment, and others do not – to prove that a therapy actually works.

Those trials are underway, Sawa said.

Other studies are further along. Last year, researchers reported on a trial testing infusions of stem cells taken from the bone marrow of patients with severe heart failure.

Patients who received the therapy were less likely to die or be hospitalised over the next year, versus those given standard treatment only. But the study was small, and the stem cells had only a minor impact on patients' heart function.

So it's not clear why the stem-cell patients fared better, Gorodeski said.

For now, he stressed, all stem-cell therapies for heart failure remain experimental.

"There's no cell therapy that we can offer patients right now," Gorodeski said.

The positive message for patients, he assured, is that heart failure can be treated, and researchers are looking for "innovative" ways as to improve that treatment.

We live in a world where facts and fiction get blurred
In times of uncertainty you need journalism you can trust. For only R75 per month, you have access to a world of in-depth analyses, investigative journalism, top opinions and a range of features. Journalism strengthens democracy. Invest in the future today.
Subscribe to News24
Related Links
Stem cells could repair skull and facial bones
Should aborted foetuses be used for stem cell research?
Potential breakthrough in stem cell production
Next on Health24
Device shows promise against tough-to-treat heart failure