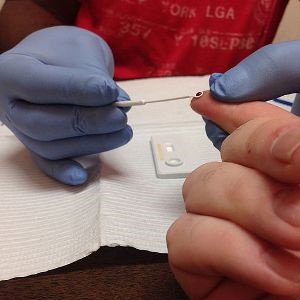 The country should move to promote self HIV testing, according to South African National AIDS Council HCT Advisor Rev Zwoitwaho Nevhutalu who spoke at a recent meeting of the Mpumalanga Provincial AIDS Council.

“More people on treatment with suppressed viral loads and this means lesser infections,” said Nevhutalu, describing how adhering to HIV treatment can lower the amount of a HI virus in a person’s blood. This, in turn, makes them less infectious, according to recent studies. “The country needs to start thinking about the model of testing and treating in dealing with HIV."

Last week, the World Health Organisation released new HIV treatment guidelines recommending that living with HIV be started on antiretrovirals (ARVs) as soon as possible after being diagnosed. The approach has been dubbed “test and treat.”

Currently, many people living with the virus globally, and those in South Africa, must wait until their CD4 counts – a measure of the immune system’s strength – fall to 500 to start treatment.

Nevhutalu was speaking at a sitting of the Mpumalanga Provincial AIDS Council that took place in the province’s hard hit Gert Sibande District, which has one of the highest HIV prevalence rates in the country, said Gert Sibande District Council Executive Mayor Mishack Nhlabathi.

In an effort to combat high HIV prevalence rates, the province has prioritised HIV prevention.

“As government and civil society, we have agreed to work together towards an HIV-free generation (and) preventing new HIV infections remains a priority,” said Acting Premier and Community Safety MEC Vusi Shongwe at the meeting.

“Our health facilities need to be ready to provide treatment to those who are in need of it,” said Shongwe, adding that the province hoped that the recent adoption of KwaZulu-Natal’s “war-room model” of intergovernmental cooperation on HIV would help the province improve service delivery. “The province has launched Operation Vuka Sisebente as a way of coordinating service delivery… and it will be key in fighting HIV.”

Nevhutalu also pointed out that the province needed to improve rates of condom distribution.

The province is currently reviewing its condom distribution plan and plans to hold a provincial AIDS conference before April 2016.

Image: By File made available by varnent through the LGBT Free Media Collective English | +/− [CC BY-SA 3.0], via Wikimedia Commons

We live in a world where facts and fiction get blurred
In times of uncertainty you need journalism you can trust. For 14 free days, you can have access to a world of in-depth analyses, investigative journalism, top opinions and a range of features. Journalism strengthens democracy. Invest in the future today. Thereafter you will be billed R75 per month. You can cancel anytime and if you cancel within 14 days you won't be billed.
Subscribe to News24
Related Links
Results from two major trials may revolutionise how HIV is treated
HIV drugs more effective when taken right after diagnosis
'Shock and kill' approach could eradicate HIV from body
Next on Health24
HIV-prevention pill appears to be working