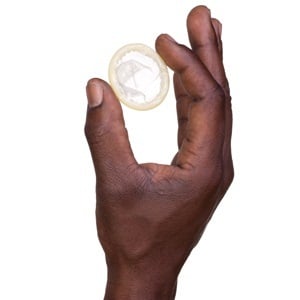 The Treatment Action Campaign (TAC) warned on Tuesday that South Africa can't afford shortages of condoms given that more than six million people in the country are HIV positive.

However, the Department of Health has indicated that the country is not running out of condoms.

This in the wake of a meeting where the Health Oversight Committee in the Gauteng Legislature disclosed that the province experienced a shortage of condoms to the tune of nine million due to problems with the national condom tender.

"The National Department of Health is not anticipating any shortage of condoms in the country as measures are in place to ensure service delivery during the tender transition period," said Health department spokesperson Popo Maja on Tuesday.

The new tender was awarded on July 1 2015 and the first consignment is expected in November 2015.

The Gauteng's Department of Health said that the shortage was only for the first quarter running from April to June.

Instead of 58 million condoms distributed, 49 million were distributed.

Gauteng health spokesperson Steve Mabona explained that the failure to deliver the set target was due to service providers battling with fluctuations in the exchange rate because the condoms were imported from Asia.

'There is no crisis'

He also moved to dismiss reports that the condom shortage was in a state of crisis.

"We did not say there is a shortage. We said we fell short of condoms during the period of the first quarter," Mabona told Health24.

"Although we were not doing well in terms of the distribution of condoms, there were no reports of facilities not having any condoms."

He said that the department was working with the service provider to avoid another shortage.

"We have interacted with them and agreed that in this quarter [July to September] we should not have a problem with the quantities to be distributed.

"We are already receiving the quantities that we have ordered," said Mabona, but he pointed out that any discrepancies or challenges will only be reported at the end of the second quarter.

When asked why condoms are not domestically sourced, he said, "There is no manufacturer of condoms locally that we know of."

The activist organisation the TAC emphasised the importance of having easy access to condoms.

"Condoms remain one of the most effective ways in which to prevent HIV transmission," said TAC Head of Policy Marcus Low.

"Given that over six million people in South Africa are HIV positive, it is absolutely essential that everyone who is sexually active should have easy access to condoms to protect both themselves and their sexual partners," he cautioned.

"It is extremely unfortunate that we are experiencing a condom shortage as we are largely failing in HIV/Aids prevention efforts and condoms have a major role to play in this area," he claimed.

Get ready for free flavoured condoms

We live in a world where facts and fiction get blurred
In times of uncertainty you need journalism you can trust. For 14 free days, you can have access to a world of in-depth analyses, investigative journalism, top opinions and a range of features. Journalism strengthens democracy. Invest in the future today. Thereafter you will be billed R75 per month. You can cancel anytime and if you cancel within 14 days you won't be billed.
Subscribe to News24
Related Links
Revealed: Same-sex secrets of South Africa's male students
Get ready for free flavoured condoms
More than one in 10 health facilities hit by drug stock outs
Next on Health24
Researchers report third case of HIV remission - first woman - after umbilical-cord blood transplant