HIV/Aids a problem for Africa: Zuma 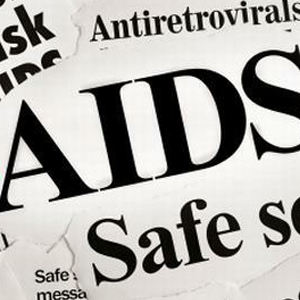 In the past two decades, significant progress had been made fighting the disease through a wide variety of mechanisms.

"Whilst a significant component of resources dedicated to addressing these epidemics and diseases came from the development community, Africa is now in a stronger position to lead, define and drive its own development," he said, according to a copy of his speech.

"More importantly, an increasing number of African governments are increasing their domestic allocation to the health sector and in particular to the fight against HIV/Aids, TB, malaria and other diseases."

Slowing down the disease

Success would be slowing down and eventually eradicating these diseases, and to do this, bold leadership, innovation, flexibility and investment in research to inform policy was required.

Zuma said Aids Watch Africa was a consolidation of the African Union's (AU) efforts to fight HIV/Aids. It would monitor the implementation of important declarations made by the AU to fight HIV/ Aids.

New frontiers were also being explored, such as the BRICS (Brazil, Russia, India, China, South Africa) platform, and partnerships with the private sector.

"The efforts and investments are starting to bear fruit as highlighted by some of the most recent reports that have been published by the United Nations joint Aids programme," Zuma said.

While this was good news, it needed to be kept in mind that many people still did not have access to life-saving therapy.

"In South Africa, we have made some huge strides in the fight against HIV/AIDS since its discovery some 30 years ago," Zuma said.

"As a country at the grip of this epidemic, South Africa has indeed been hardest hit by the impact of not only HIV, but the TB epidemic as well."

South Africa had developed several strategies and interventions to reduce the number of new HIV infections, and had expanded access to treatment for people living with HIV, especially pregnant women.

The transmission of HIV from mother-to-child in South Africa had also significantly decreased in the past three years, from a high of eight percent in 2010, to 2.7% this year.

These achievements had not made South Africa complacent, and the country continued to review programmes, and introduce new approaches in line with international guidelines, Zuma said.

We live in a world where facts and fiction get blurred
In times of uncertainty you need journalism you can trust. For only R75 per month, you have access to a world of in-depth analyses, investigative journalism, top opinions and a range of features. Journalism strengthens democracy. Invest in the future today.
Subscribe to News24
Related Links
Global Aids programme looks ahead
How can tuberculosis prevented?
What are the symptoms and signs of malaria?
Next on Health24
In an extremely rare case, a woman's immune system 'clears' HIV virus