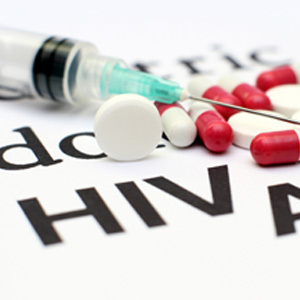 Two local researchers from the Witwatersrand University, Maria Papathanasopoulos and Dr Penny Moore are due to present a lecture on their ongoing research into an HIV vaccine.

According to a report in the Times Live, Papathanasopoulos, a pathology professor, says that their two biggest challenges are finding how to make ‘broadly neutralising antibodies’ and to ensure these antibodies will be able to fight all strains of the virus.

In a country where statistics show that one in 10 people is HIV-positive, this research brings much hope for some form of treatment.

According to Statistics South Africa 2013 mid-year population estimate the total number of South Africans living with HIV is about 5.26 million.In the age group 15 – 49, the HIV prevalence is 15.9%. Stats SA estimates that 200 000 people will die from Aids-related complications in 2013 and the total number of people living with HIV has gone up by more than a million – from 4 million in 2002, to more than five million in 2013.


Moore is a virologist who has already made progress with some ground-breaking research illustrating how the body can change to produce these ‘special antibodies’. She believes that the key is to find a way to show the body, in the form of a vaccine how to create the antibodies .

So far this year Papathanasopoulos has made impressive progress with the use of rabbits who she has injected with the complex protein which scientists have taken more than 30 years to understand. In these experiments with teh rabbits, the protein appears to have stimulated the rabbits’ bodies to produce the ‘broadly neutralising antibodies’ which will hopefully be able to fight all strains of the HI virus.

This research has been hailed as groundbreaking and a major step forward in the fight against HIV.

Read the report in the Times Live here.

We live in a world where facts and fiction get blurred
In times of uncertainty you need journalism you can trust. For only R75 per month, you have access to a world of in-depth analyses, investigative journalism, top opinions and a range of features. Journalism strengthens democracy. Invest in the future today.
Subscribe to News24
Related Links
Breakthrough in hunt for HIV vaccine
HIV vaccine looks promising
HIV 'cure' looks promising, say scientists
Next on Health24
In an extremely rare case, a woman's immune system 'clears' HIV virus