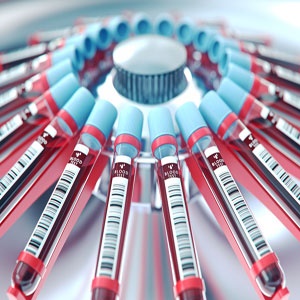 If you think you may have been exposed to HIV, it’s important to get tested.

Testing is the only way to know for sure whether you have HIV, and knowing your status means you can keep yourself and others healthy.

After contracting HIV, most people develop antibodies – cells that fight infection in the body. These antibodies can usually be detected through blood and/or saliva tests within three months of infection with the virus. The average time of successful detection is 25 days after exposure to HIV.

Testing technology has improved substantially over the last few years. Previously, tests only detected the presence of antibodies. Now, fourth-generation antigen/antibody tests are being used more frequently, making it possible to detect the virus much faster and more accurately.

Testing can be done by any healthcare professional at a clinic, hospital or private practice. Initially, either a small sample of blood is taken from a prick on the finger, or a sample of mucous is taken from the inside of your cheek or gums. If the test is positive, a second test will be done immediately.

Both tests must be positive to confirm a diagnosis of HIV. If one test is positive and the other negative, then a third test (usually an ELISA test) is carried out.

ELISA, which stands for “enzyme-linked immunosorbent assay”, is usually reserved for these instances, because the results take slightly longer. You’ll have to come back to the clinic on another day to get your results.

Rapid tests, in turn, diagnose HIV within minutes and you can be started on treatment on the same day if you wish to do so. If the first test is negative, and there’s no ongoing risk of acquiring HIV or the possibility of seroconversion, you’re regarded as HIV-negative. In this instance, a repeat (confirmatory) test isn’t needed.

You’ll most probably be pricked only once, after which the blood will be applied to two different rapid tests at the same time. So, one sample is taken for two different tests.

ELISA antibody/antigen test
Until a couple of years ago, the most widely used antibody test was the third-generation ELISA test.

With this test, you had to wait a couple of days to get your test results which, for many people, caused a great deal of stress and anxiety. Individuals were also less likely to come back for results due to factors such as fear, stigma, transport, or other work/family commitments.

These days, most laboratories screen with the fourth-generation ELISA test. This test detects antibodies as well as a viral protein called p24 antigen, which forms part of the virus itself. The p24 antigen appears in the blood a week before the antibodies, which shortens the window period (the period between potential exposure to HIV infection and an accurate test result).

If a positive result is obtained on an ELISA test, the laboratory will confirm the result by testing with at least one other type of test. As an additional check, a second blood specimen is usually taken for repeat testing.

Rapid HIV tests
Rapid tests have become popular in Africa, as they’re highly reliable (over 99% accurate) and cost effective. The result is also available within 20-30 minutes.

False-positive tests rarely occur – if they do, it’s a result of antibodies that cross-reacted in the testing system. False-negative tests can occur, especially if the test is done too soon after exposure to HIV (i.e. when you’re still in the window period).

The World Health Organization (WHO) encourages home testing, as it offers a way for many more people to learn their HIV status. Worldwide, an estimated 40% of all people with HIV still remain unaware of their status.

Most HIV self-testing kits are simple to use, require a sample of blood from a finger prick or oral fluid, and can give you results within 15-20 minutes. In South Africa, the National Department of Health recommends that only HIV self-tests that have been approved by the WHO prequalification programme should be used. The only test on this list is the OraQuick self-test.

Note that if your HIV self-test indicates that you’re HIV-positive, you should confirm the diagnosis with a second test at your doctor, hospital or clinic. You can also call the National AIDS Helpline on 0800 012 322 for counselling and advice.

Remember that HIV self-tests can be negative if you’re in the window period or if you’re taking antiretroviral treatment (ART).

HIV PCR test for babies
In babies younger than 18 months, the mother's antibodies can interfere with the HIV antibody test.

To test accurately whether a baby is HIV-positive, the virus itself must be detected (not the antibodies). This can be done with a polymerase chain reaction (PCR) test.

In South Africa, this test is routinely used for all babies of HIV-infected mothers at six weeks. Infants who are found to be PCR-positive are immediately referred for ART.

When to get tested
The general population should be tested every 6-12 months, depending on risk.

Note that this is a rough guide only. Testing should be done sooner, if indicated.

Where to get tested
There are many places that offer private and confidential testing for HIV, both within the public and private sector in South Africa. The lists includes:

Most of these places provide free HIV testing. Make sure that, wherever you get tested, pre- and post-test counselling is available. This will help you to deal with the psychological stress and anxiety that you’re likely to experience while waiting for your results and if you get a positive result.

Remember that you can also call the National AIDS Helpline on 0800 012 322 for counselling and advice. Avoid sexual contact with others while waiting for your test results.

A note on the window period
In rare cases, it can take up to six months to be able to detect HIV antibodies.

Because of this, you should get tested three months after your most recent possible exposure to HIV. If your test comes back negative, it should be repeated three months later, in case you’re still in the window period.

We live in a world where facts and fiction get blurred
In times of uncertainty you need journalism you can trust. For 14 free days, you can have access to a world of in-depth analyses, investigative journalism, top opinions and a range of features. Journalism strengthens democracy. Invest in the future today. Thereafter you will be billed R75 per month. You can cancel anytime and if you cancel within 14 days you won't be billed.
Subscribe to News24
Next on Health24
Treating HIV/AIDS