Rape has become a culture 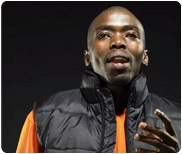 I was born and have been living in South Africa for 28 years now, but I find it a disgrace and shame to be a man in a country where women and children are abused every day. Where rape occurs every 26 seconds and cases of sodomy are rising at an alarming rate.

Men are perpetrators of such conduct, and male organizations in our province (Eastern Cape) are dysfunctional and driven by individuals with no clear plans as to how they are going to sensitize us about women’s issues and enable us to stand up against the abuse and rape of women and children. These organizations only exist for funding purposes, and what happens after they receive money is often not known.

Men: from protectors to predators

Initially men had the responsibility of being family watchdogs and protecting their wives and daughters. They were pillars of the community — they would not think twice about acting against any animal behavior or danger posed to their homes or families. However today we have become enemies and a danger to our families.

Just recently I worked on two stories where young girls became victims of our own wrongdoings as men. As part of the episodes for Siyayinqoba/Beat It! Series 5, we did a story about Zandile, who, at a most vulnerable time in her life, was raped by a man who was supposed to keep her safe.

Though she was sexually raped by one man, who is friends with her uncle, I strongly feel the uncle also raped her emotionally. As men in the society, whether a family relative or not, we are supposed to protect. In this case, like many, a man failed this young woman. She also discovered she had HIV. Zandile was then later “raped” by the system which also should have protected her. She reported the case to the police and kept doing follow-ups, but to this day the case has never been resolves.

'Tradition' covers up kidnap and rape

In a different case of us men failing in our duties to protect, 16-year-old Nolizwi from Palmaton, near Lusikisiki, was forced to grow up when her innocence was taken by a man close to 50 years of age who forcefully made her his wife. In this is area the practice of Ukuthwala, though illegal, is still very common.

Many men still feel they can take whichever girl they want, and do whatever they desire to do. Nolizwi was closely observed during her early days as a “wife”; she couldn’t even run and find help. What is worse is that she now has a baby, from continuous rape and violation of her rights as a girl child. This type of conduct, where men are applying the laws of the jungle and women and girls are becoming more vulnerable as a result, also perpetuates the spread of HIV.

Every victim is someone’s daughter or sister

For days after working with these girls, I struggled to sleep at night. I could not stop thinking about my younger sister, who is 13. I could not imagine her being anybody’s wife, let alone being forced to have sex at her age. How safe is she from any form of sexual abuse, and from HIV? What if she becomes a victim? Will she be able to survive situations like those of Zandile and Nolizwi? What will I do, and what is it that I have done so far to make the environment surrounding her and other children safer – where they can walk and play in their communities without fear?

These questions I ask myself haunt me like hell. As a journalist it is said that I need to separate my emotions from my work. However, I am not just a journalist but an activist as well, and what I do is driven by the way I feel and the desire to make the world a better place. Therefore how do I divorce my heart from my work?

Fathers, brothers, just stop for a minute and think about this situation – from day to day we are raping woman and children (girls and boys), and if we are not raping them we are beating them up and/or even killing them. Yes, there is no doubt in my mind that not all of us are like that, but for sitting back and keeping quiet about issues affecting our community we are as guilty as those perpetrators.

Keeping silent makes us all guilty

We are no good, and we are not helping our mothers and sisters. We have lost our respect, dignity and trustworthiness. When we are losing mothers, sisters, children and partners to HIV, we men us culture and statistics as justification for our actions, with men perceiving that because HIV prevalence is higher among women than men, it is okay for men to have multiple partners.

What good does that culture do our communities besides spreading HIV/AIDS, leaving families without breadwinners, and making children orphans?

While we keep on changing partners, HIV/AIDS is still viewed as a woman’s disease and the question is: did these women and children infect themselves? And if not, where are the men? What are they doing to fight this disease? Please do not tell me that 'they are the ones who constantly remain passive in using condoms and see no need to get tested'.

Rape is spreading HIV and we remain passive. Is that the model of culture we have adopted as men in SA? Where is our voice as men against the abuse of women and children and the spread of HIV? Why are we giving the perpetrators an upper hand to do their deeds at the expense of our name (as men)?

Masizole Gonyela is a community journalist working on the TV programme Siyayinqoba/Beat It!, which screens on SABC1 every Thursday at 13h30. It is repeated on Soweto TV, CTV (Cape Town) and Bay TV (Richards Bay-Empangeni) each Saturday at 11am. The show can also be viewed at www.beatit.co.za

We live in a world where facts and fiction get blurred
In times of uncertainty you need journalism you can trust. For 14 free days, you can have access to a world of in-depth analyses, investigative journalism, top opinions and a range of features. Journalism strengthens democracy. Invest in the future today. Thereafter you will be billed R75 per month. You can cancel anytime and if you cancel within 14 days you won't be billed.
Subscribe to News24
Next on Health24
Women’s vulnerability to HIV