Choir singing could calm your IBS 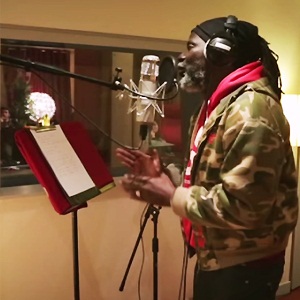 For people suffering with irritable bowel syndrome, singing in a choir could be just what the doctor ordered, a team of Swedish researchers reports.

The benefits of relaxation commonly associated with choir participation might actually have a positive effect on the symptoms of the disorder, at least in the short-run, study author Christina Grape of Stockholm University and colleagues suggested.

Irritable bowel syndrome, or IBS, is a common gastrointestinal disorder that can be influenced by certain psychological factors, such as stress.

Discussion groups, including ones for group or behavioural therapy, for example, have previously been shown to help improve IBS symptoms.

In their report, the study authors wondered if choir groups, which are popular in Nordic countries, might have the same effect.

The researchers decided to stack both activities up against one another to see if choir participation - often viewed as a relaxing communal activity - might also have a therapeutic potential for IBS patients.

For the study, participants were assigned to either a choir group or an information/discussion group, both of which met three to four times a month for a year.

Saliva samples were taken pre-study, and then at six months, nine months and one year after the launch, in order to measure testosterone concentrations (which are linked to stress levels) and thereby gauge how much stress individuals were experiencing.

The research team found that choir singing once a week appeared to reduce stress over the first six months of the study. However, this effect dissipated by the study's conclusion one year out.

The finding is reported in the current issue of the Journal of Psychotherapy and Psychosomatics.

We live in a world where facts and fiction get blurred
In times of uncertainty you need journalism you can trust. For only R75 per month, you have access to a world of in-depth analyses, investigative journalism, top opinions and a range of features. Journalism strengthens democracy. Invest in the future today.
Subscribe to News24
Next on Health24
IBS sufferers have lower tolerance for pain