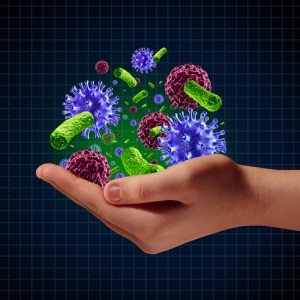 Eight people have died in two days of pneumonic plague on the Indian Ocean island of Madagascar which is hit by deadly outbreaks almost every year, a health ministry official said Wednesday.

Pneumonic plague is rare and more vicious than the commonly-known bubonic strain as it gives antibiotics little time to act and can kill within 24 hours.

"Twelve cases of pneumonic plague have been identified," out of which eight people have died in two days, Maherisoa Ratsitorahina, the health ministry's chief epidemiologist, told AFP.

Read: The Plague is back

He said the disease was under control and was confined to Antsahatsihanarina village, which is less than 20 kilometres from the city of Moramanga in the east of the island.

Plague is endemic in Madagascar where outbreaks have resurfaced often since 1980 and are blamed mainly on rats and flea infestation due to unbridled deforestation.

Pneumonic plague can be spread from person to person through coughing.

Symptoms of plague include shortness of breath, chest pain and cough, sometimes coughing up blood and blood in the sputum. It's often accompanied by fever, headache, and weakness.

TIP: Read more about the plague, alternative names and treatments

Treatment of plague: Antibiotics are effective in the treatment of plague, and should be started as soon as possible to prevent complications. The antibiotics used for treating plague include tetracyclines (such as doxycycline), fluoroquinolones (such as ciprofloxacin) and amingolycosides (including streptomycin and gentamycin).

The World Health Organisation warned early this year that the number of plague cases has steadily increased over the last three years, making Madagascar the world's most affected country.

In 2013, the country registered 86 cases and 39 deaths while between September last year to February, a total of 263 people were infected cases and at least 71 killed.

We live in a world where facts and fiction get blurred
In times of uncertainty you need journalism you can trust. For 14 free days, you can have access to a world of in-depth analyses, investigative journalism, top opinions and a range of features. Journalism strengthens democracy. Invest in the future today. Thereafter you will be billed R75 per month. You can cancel anytime and if you cancel within 14 days you won't be billed.
Subscribe to News24
Related Links
Chinese city in quarantine after plague death
Scientists find Plague DNA in teeth
Next on Health24
Rare deadly disease scare grips Durban