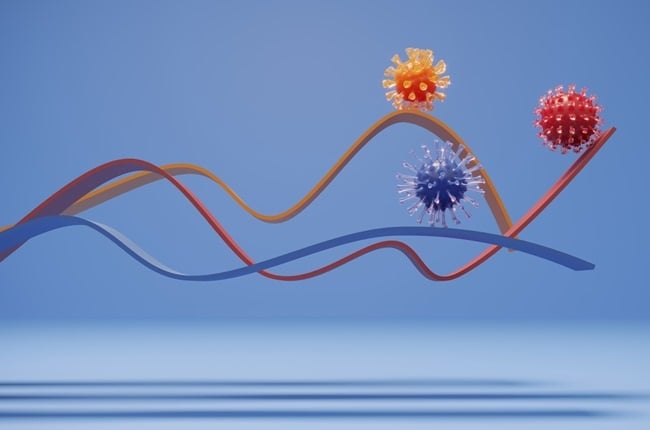 There are hundreds of variants of the Covid-19 virus circulating worldwide – because it’s normal for viruses to mutate. But some mutants, or variants, can make the virus more infectious, allowing it to become more common within a population.

One of these variants is B.1.617, which was first identified in India and later gave rise to the Delta variant, B.1.617.2. Delta has already spread to more than 85 countries and is listed as one of four variants of concern (VOC) by the World Health Organisation. It is currently dominating Covid-19 infections in South Africa.

According to a study in China, and reported by Nature, the viral load is roughly 1 000 times higher in people infected with the Delta variant than those infected with the original virus variant. Viral load refers to a measure of the density of viral particles in the body, explains the article.

Support independent journalism
Subscribe to News24 for just R75 per month to read all our investigative and in-depth journalism. You can cancel any time.
Subscribe
Already a subscriber? Sign in
Next on Health24
How is Covid-19 vaccination affecting hospital admissions, deaths? What the latest research tells us