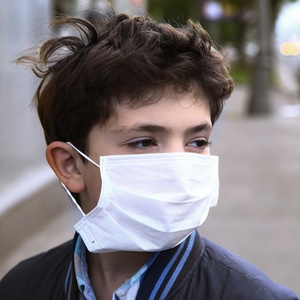 It will take a while to develop a vaccine for the new coronavirus.

A mad dash is afoot to craft a vaccine for the new coronavirus that's ravaging China and starting to spread across the globe, with possibly dozens of labs working on permanent protection against the pathogen.

Researchers say an effective vaccine could be created in a matter of weeks, using advanced techniques.

"We know enough. We can do this. We can actually make a vaccine in the lab in two weeks," said Florian Krammer, a professor of vaccinology at the Icahn School of Medicine at Mount Sinai, in New York City. "But – here's the but – that doesn't help us much."

Why not? Because any new vaccine will still face manufacturing and regulatory hurdles that would take months to surmount, experts say.

Dr Amesh Adalja, a senior scholar at the Johns Hopkins Center for Health Security, said, "Though we may be in clinical trials within a year, I do not expect a coronavirus vaccine to be commercially available within a year."

And the United States has had its first case of person-to-person transmission of the coronavirus, with a Chicago woman passing the virus to her husband.

"There are SARS vaccines and MERS vaccines that work. We can model a vaccine right away with the new coronavirus, based on those vaccines. My lab is doing that. There's probably 50 labs in the US that are doing that right now," Krammer said.

For example, virologist Keith Chappell at the University of Queensland in Australia told NPR that his lab is working at speed to produce a vaccine using the virus' genetic sequence, which Chinese researchers cracked and have shared with the world.

"Our goal was to be able to hit 16 weeks from sequence information to having a product that is shown to be safe and effective, and is ready for administration to the first humans," Chappell said.

The more high-profile efforts at developing a coronavirus vaccine include:

Unfortunately, getting millions of doses of coronavirus vaccine into the hands of doctors and the arms of patients is a more complicated process, Krammer said.

The problem is that there are no vaccines on the market for any coronavirus, not even SARS or MERS, Krammer said.

If this were the flu, manufacturing could be more easily spun up because the technology is in place to mass-produce the annual flu vaccine, Krammer said.

"There's no already-in-play manufacturing technology we can employ right now that regulatory authorities are used to," Krammer said of a coronavirus vaccine. "That's the complication."

Vaccine developers also have to prove to federal regulators that their creation is safe and effective, and being manufactured to the highest standards, Krammer added.

"You need to make these vaccines in a quality that is acceptable to regulatory agencies," Krammer said. "That's a little bit harder, because that includes sourcing qualified materials that can be used in such a process, which is not so easy, and you also need to have extensive testing in order to release these vaccines," he explained.

"The truth is it's going to take a few months until there is a vaccine available for testing," Krammer concluded. "Then the main question that remains is how long it will take to produce, once the US Food and Drug Administration allows its use in the population. How much time do we need to make sufficient doses?"

We live in a world where facts and fiction get blurred
In times of uncertainty you need journalism you can trust. For 14 free days, you can have access to a world of in-depth analyses, investigative journalism, top opinions and a range of features. Journalism strengthens democracy. Invest in the future today. Thereafter you will be billed R75 per month. You can cancel anytime and if you cancel within 14 days you won't be billed.
Subscribe to News24
Related Links
Thai doctors say they are successfully treating coronavirus with combo of flu, HIV drugs
From China to Vietnam: Highlighting how the coronavirus spreads from person to person
Why is there still no vaccine for the coronavirus?
Next on Health24
Women have a higher chance of developing long Covid - study