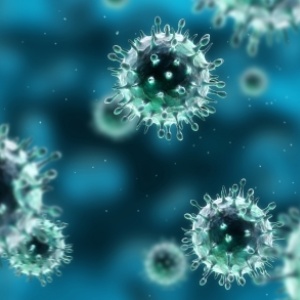 Saudi Arabia reported on Thursday (1 May 2014) that the total number of cases of Middle East Respiratory Syndrome (MERS), an often deadly new disease, had nearly doubled in the kingdom in April, with 26 further infections reported on Tuesday and Wednesday.

International concern about MERS is acute because Saudi Arabia is expected to receive large numbers of foreign pilgrims during the fasting month of Ramadan in July, followed by millions more for Islam's annual Haj pilgrimage in October.

Although the World Health Organisation (WHO) has said the disease is difficult to pass between humans, most of the cases reported in Saudi Arabia so far appear to have been transmitted between people, rather than from animals.

Seven of the new cases were in Jeddah, four in Mecca, 10 in Riyadh, two in the northern town of Tabuk and one each in Hafr al-Batin near Kuwait and Najran near Yemen. Two people, who had previously been confirmed as suffering from the disease, died.

The new cases have taken the total number of confirmed infections in Saudi Arabia to 371, a jump of 89 percent during the month of April. Most of the new infections last month were in an outbreak in three hospitals in Jeddah.

Of people who caught the disease in Saudi Arabia, 107 have died since it was identified two years ago.

But health experts believe the initial source of transmission was from an animal reservoir, probably camels. On Tuesday, acting health minister Adel Fakeih said Saudis should avoid close contact with camels or consuming their raw milk or meat.

Traders and other people at Riyadh's camel market on Monday told Reuters they had not been officially notified or warned about the likely connection between MERS and camels and had been taking no extra precautions such as increased hand washing.

The WHO said last week it was advisable to be careful around camels, and international infection experts have been pointing to the link between the animals and the disease for months.

Although Saudi Arabia and the WHO have advised very old people, children and those suffering long-term disease to delay their Haj this year because of MERS, they have stopped short of imposing other restrictions such as on visa numbers.

We live in a world where facts and fiction get blurred
In times of uncertainty you need journalism you can trust. For 14 free days, you can have access to a world of in-depth analyses, investigative journalism, top opinions and a range of features. Journalism strengthens democracy. Invest in the future today. Thereafter you will be billed R75 per month. You can cancel anytime and if you cancel within 14 days you won't be billed.
Subscribe to News24
Related Links
No MERS infections during Ramadan pilgrimage
Ill travellers should be aware of MERS virus
MERS coronavirus has potential to cause pandemic - WHO
Next on Health24
OPINION: World Rabies Day - UP Vet Science prof advocates for better awareness of rabies prevention