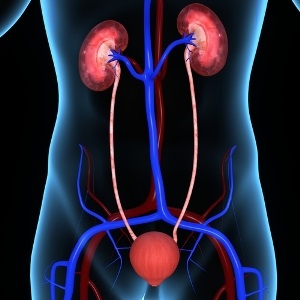 V.G. Karunawathie isn't hungry for breakfast. She rarely is these days, but she forces herself to choke down a few bites of rice, dried fish and a simple coconut mix. The doctors say it's better to have something in her stomach before the four-hour dialysis treatments.

She's going for her second session of the week, dressed all in pink, right down to her flip-flops. Her fingers and toes are fat with fluid, and her spongy arms feel like soft water balloons. Since she can no longer pass liquids on her own, doctors have told her to drink only 500 millilitres a day — equal to less than a can and a half of soda.

As she walks unsteadily to the door, her two youngest children, 16 and 11, kneel before her and place their heads at her feet in a traditional show of respect.

V.G. Karunawathie is only 40 years old, but she is dying, and no one knows why. Her kidneys have stopped working, and now she's kept alive by a pump that filters waste from her blood twice a week through a snorkel-like tube implanted into her neck.

The cause of her disease, which affects an estimated 70,000 to 400,000 people in Sri Lanka's rice basket, has baffled doctors and researchers for two decades. Even the World Health Organisation hasn't been able to pinpoint what's killing as many as 10 people a month in Karunawathie's village – ravaging one house while sparing the next – as it creeps farther and farther into neighbouring areas.

The disease mirrors equally confounding conditions plaguing thousands of farm workers in parts of India, Egypt and Central America. Suspected causes include chronic dehydration and the heavy use and misuse of agrochemicals. In Sri Lanka, fertiliser use is among the heaviest in the world.

Something in the water?

No one cause has been identified, but theories abound. Many believe a combination of factors could be at play – from toxic algae and hard ground water to heavy metal exposure and high fluoride in drinking water.

But to Karunawathie, there is no mystery at all. She understands more about this so-called chronic kidney disease of unknown etiology than anyone should.

Read: Kidney disease: are you at risk?

It killed her father, mother and five brothers. Three other siblings have been sickened.

As the youngest of a dozen children, Karunawathie was diagnosed with the disease 12 years ago in her impoverished farming village. Since then, she's been told to stop eating fish and lotus root and to abandon her aluminium pots and pans for clay cooking utensils.

She's heard arsenic is to blame along with cadmium, lead and even home-brewed alcohol. Like most, she believes there's something in the water. But she has long given up trying to determine the source of her family's killer. Instead, she lives day to day at the mercy of a machine. And even that's not a sure thing.

Dialysis is supposed to be given three times a week, but most Sri Lankan patients get it only twice since just 183 machines exist nationwide — even though 2,000 new patients are in need annually. Critics say it's just one area where the government is failing the sick. Clean drinking water still isn't available in all affected areas, only a handful of kidney specialists practice in public hospitals and there's no national donor transplant programme.

Read: Is a kidney transplant a good option?

With few options, many desperate patients are forced to burn through their meagre savings, travelling hours every week by bus for treatment only to be too exhausted afterward to return home. Instead, they sprawl out on hospital grounds or in hallways for the night. Or they simply stay home and wait to die.

Karunawathie is fortunate to live only 10 kilometers (6 miles) from basic care. But the ride on the back of her son's motorbike is a torturous trip across scabbed pavement framed by a tangle of trees alive with monkeys and peacocks.

When she reaches the hospital on this day, there's bad news: All the dialysis units are being used.

Her strength is dying

Karunawathie is told to come back later. But with each step, her strength is dying.

By 2003, Dr. Tilak Abeysekera was alarmed by the growing number of patients he was seeing, including family clusters. He began traveling to affected areas to screen entire villages. A telltale protein was found in about 10 percent of the urine samples, and biopsies later revealed that something was destroying tissue that supports the kidney's filters, causing the organ to shrink.

He diagnosed Karunawathie that same year. But more than a decade later, he is no closer to understanding the cause.

"That type of disease you get in response to toxin exposure," says the aging, bespectacled doctor, who heads the kidney department at the Teaching Hospital in Kandy. "That's what led us to think this is an environmental disease from exposure to a toxin. How it gets into the human body is still debatable."

While the death rate has climbed to as many as 20,000, the source continues to baffle, just as it does along Central America's Pacific coast. A similar number of mostly sugarcane farmers have died there during the past two decades.

The problem has become so dire in one part of Nicaragua, it's been dubbed the "island of widows." Two areas in India and a pocket of Egypt have also been hit.

Despite millions spent on numerous studies in Sri Lanka — some led by distinguished local researchers and others conducted using questionable methodology — new cases continue to emerge.

Karunawathie's brother is the only family member lucky enough to get a kidney after a well-off man in their village came forward. As a police officer, he was well cared for in a special hospital until he recovered.

Karunawathie herself is not even hoping for a donor, and says she would refuse even if someone offered such a precious gift. The person would need to be properly cared for after surgery, and she has no money to offer.

Instead, she weakly straddles the motorbike at dusk and rests her head on her son's shoulder after her second trip to the hospital for treatment today.

As the oldest child, 21-year-old B.R. Pradeep Nuwan Weerawansa says he is treasuring whatever time he has left with his mother. But it's hard to watch her strength wither, with each lifesaving treatment leaving her weak.

"I want to give her whatever I can while she's still living," he says. "She's gone beyond the stage of recovery."

On this day, she finally gets her time with the machine, but all has not gone well. Karunawathie's skin is clammy, and she complains it's so hot, she feels as if steam is coming out of her body. Pinches of electric shock pulse through her arms.

By the time she gets home, her eyelids are heavy, and she's breathing hard through her mouth. Her mother-in-law, who's been losing weight lately from her own advancing kidney disease, helps drag her into the house, where she collapses onto a bed by the front door.

There is no relief

She whimpers and calls for a fan to try to move the suffocating air, but there is no relief. Her children kneel and stroke her head, trying to offer the only comfort they can.

Karunawathie knows it won't be long now. She's seen this disease enter her village too many times, always with the same cruel ending.

"When the call comes, we have to be prepared to go," she says, softly. "We can't run away and escape."

That night, she's rushed back to the hospital where doctors work to stabilize her. She fights through the pain only to wake the next morning to learn that death has found someone else.

Another neighbor is gone. She wonders if she'll be next.

When and why is dialysis given?
How long can I be on dialysis?
Renal transplantation

We live in a world where facts and fiction get blurred
In times of uncertainty you need journalism you can trust. For only R75 per month, you have access to a world of in-depth analyses, investigative journalism, top opinions and a range of features. Journalism strengthens democracy. Invest in the future today.
Subscribe to News24
Next on Health24
Statins neither good nor bad for kidneys