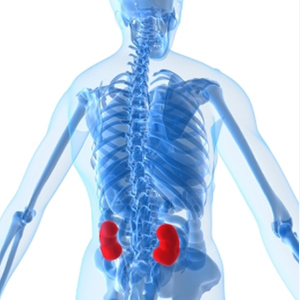 For the first time, scientists have been able to bioengineer an animal kidney and see it work in a living animal, in what they hope is a step toward creating organs for people with failing kidneys.

A kidney transplant is the only cure for people with advanced kidney failure, but there aren't enough donor organs to meet the need. In the United States, nearly 1 million people have end-stage kidney disease, and there are currently more than 95 000 on the waiting list for a donor organ, according to data from the United Network for Organ Sharing.

In the new study, researchers at Harvard and Massachusetts General Hospital created a replacement kidney that, when transplanted into rats, immediately began producing urine as a normal kidney would.

The artificial organ could not match the full function of a normal kidney, but experts said the findings are a promising step toward creating replacement kidneys for people.

"These results are really quite impressive," said Dr Mala Sachdeva, a kidney specialist who was not involved in the research. "The transplanted tissue was actually functional."

However, she stressed, "it's very early to get our hopes up too high. A lot more work needs to be done."

In an "ideal world," Ott said, scientists would someday be able to create new kidneys "on demand" from kidney failure patients' own body cells. That could potentially not only ease donor organ shortages, but also address the problem of organ rejection, both Ott and Sachdeva said.

Right now, doctors try to find donor kidneys that match a patient's genetic profile as closely as possible. Even so, transplant recipients have to remain on drugs that suppress the immune system, to lower the likelihood of an immune system attack on the foreign organ.

And those drugs, Sachdeva noted, come with side effects - including a higher susceptibility to infections or, over time, cancer. Some immunosuppressants can cause conditions such as bone disease, high blood pressure or cataracts.

Finding a way to create kidneys from patients' own cells could limit the need for those drugs, according to Ott. But first, the researchers have to figure out how to "scale up" this technology to humans, he said.

Ott's team engineered the replacement kidneys by first stripping rat kidneys of their "living cells," using a detergent solution. That left behind a collagen "scaffold" that the researchers repopulated with kidney cells from newborn rats, as well as human cells that were used to replace the lining of the kidney blood vessels.

The organs were then cultured in the lab before being transplanted into rats that had one kidney removed. Ott's team found that the engineered kidneys were able to produce urine.

There are still plenty of questions about how this would be translated to humans, according to Ott. One is, where would the kidney "scaffolds" come from? You could use kidneys from cadavers, Ott said - but then there would still be a need for donor organs. It's also unclear if a patient's immune system would react against the foreign scaffold, even with his or her own cells repopulating it.

Ott's team has already found that human and pig kidneys can be stripped of their cells to form a scaffold. It's possible, Ott said, that pig kidneys could be used to form the scaffold for human replacement kidneys.

There's also the question of what cell types from patients would work. Can patients' blood cells, for instance, be coaxed into becoming mature kidney cells?

Ott said it's hard to estimate how long it will take to answer those questions. "But if this technology works out, clinical application will be years away," he said. Still, he added, "I think there's room for cautious optimism."

Learn more about kidney transplants from the United Network for Organ Sharing.

We live in a world where facts and fiction get blurred
In times of uncertainty you need journalism you can trust. For 14 free days, you can have access to a world of in-depth analyses, investigative journalism, top opinions and a range of features. Journalism strengthens democracy. Invest in the future today. Thereafter you will be billed R75 per month. You can cancel anytime and if you cancel within 14 days you won't be billed.
Subscribe to News24
Related Links
iPod video used to encourage organ donation
End-stage renal failure
Dialysis
Next on Health24
From a headline-grabbing roadtrip, to a lifesaving op: 3 years on, 'life is good’ for Cally Wlliams