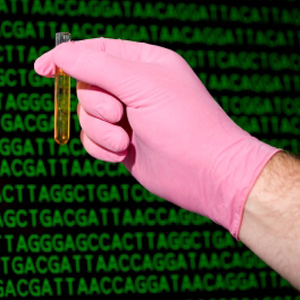 This is a common type of birth defect, and the leading cause of kidney failure in children.

Columbia University researchers studied a family on the island of Sardinia with inherited kidney and urinary tract defects. Several members of the family had suffered kidney failure at a young age. All of the family members with kidney and urinary tract defects had a mutation in a gene called dual serine/threonine and tyrosine protein kinase (DSTYK).

The researchers then looked at 311 unrelated people with urinary tract defects from around Europe. They found that seven of them had DSTYK mutations, according to the study published online July 17 in the New England Journal of Medicine.

"These findings indicate that DSTYK mutations account for 2.2% of urinary tract defects in humans, which is very significant as a single-gene cause of this disease," study author Dr Simone Sanna-Cherchi said in a Columbia University Medical Center news release.

Some people with inherited urinary tract defects have kidney failure at birth, while in others the defects are not evident until complications arise, sometimes years later. The discovery of this gene mutation will enable doctors to identify people with the mutation.

The research team plans to do more genetic testing to identify other mutations that can cause urinary tract defects.

The National Kidney Foundation has more about kidney and urinary tract birth defects.

We live in a world where facts and fiction get blurred
In times of uncertainty you need journalism you can trust. For 14 free days, you can have access to a world of in-depth analyses, investigative journalism, top opinions and a range of features. Journalism strengthens democracy. Invest in the future today. Thereafter you will be billed R75 per month. You can cancel anytime and if you cancel within 14 days you won't be billed.
Subscribe to News24
Related Links
Prostate therapy increases kidney failure risk
'Bioengineered' kidneys show promise
Artificial blood vessels show promise
Next on Health24
From a headline-grabbing roadtrip, to a lifesaving op: 3 years on, 'life is good’ for Cally Wlliams