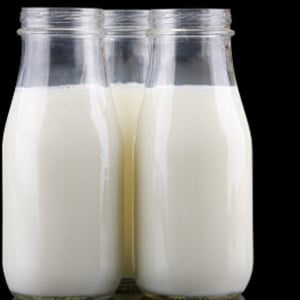 Children with lactose intolerance are missing out on essential nutrients by avoiding dairy, and could benefit from probiotics and aged cheeses, says a review from the American Academy of Pediatrics (AAP).

An expert from The British Nutrition Foundation told Nutraingredients.com that the views are just as relevant in other countries, where the avoidance of dairy is "not advised without good reason". Lactase deficiency occurs normally in about 75% of adults in all ethnic groups except those of northwest European origin for whom the incidence is less than 20%.

Although statistics are unreliable, most nonwhites gradually lose the ability to digest lactose between the ages of 10 to 20 years. It affects 90% of Orientals, 75% of blacks and Indians, with a high incidence among people from the Mediterranean region.

Since milk can cause problems, the reviewers recommended partially digested products, such as yoghurts and cheeses that contain live bacterial cultures, as well as pretreated milks.

“Evidence that avoidance of dairy products may lead to inadequate calcium intake and consequent suboptimal bone mineralisation makes these important as alternatives to milk,” wrote the AAP Committee on Nutrition.

Lactose intolerance manifests itself due to a relative, or absolute, absence of the enzyme lactase in the small intestine which prevents metabolism of lactose, the primary carbohydrate found exclusively in mammalian milk.

It is a clinical syndrome with symptoms including abdominal pain, diarrhoea, nausea, flatulence, and/or bloating after ingesting lactose-containing substances. The condition should not be confused with milk allergies, which is an immune response.

Because the lactose is not absorbed in the gut, it can draw fluids into the intestine by osmosis, which produces softer stools (diarrhoea), and the carbohydrate can be metabolised by certain intestinal bacteria that produce carbon dioxide, methane and hydrogen as waste products, thereby leading to flatulence.

Such uncomfortable symptoms lead many to avoid dairy products, but this has a negative effect on the intake of calcium and vitamin D in children and adolescents that has serious implications for bone health.

The new review, published in the journal Pediatrics.

(Vol. 118, pp. 1279-1286), states that the AAP supports the incorporation of dairy foods into the diet to ensure they do not miss out on these essential nutrients.

Research has shown that yoghurts containing live cultures are well tolerated by people with lactose intolerance, because the bacteria partially digest the lactose into glucose and galactose before the yoghurt is consumed.

Aged cheeses also get a boost from the AAP Committee on Nutrition, chaired by Frank Greer, based on the observation that aged cheeses, such as Cheddar and Swiss, have lower lactose contents than other cheeses.

“Dairy products remain principle sources of protein and other nutrients that are essential for growth in children,” wrote the reviewers.

In line with other guidelines

Lisa Miles, a nutrition scientist from The British Nutrition Foundation told Nutraingredients.com that the review was generally in line with the BNF's guidance on lactose intolerance.

“In the UK, it is estimated that only 2% of the population suffer from lactose intolerance. Milk and dairy products are important sources of protein, calcium and riboflavin, so avoidance of dairy products is not advised without good reason.

“Complete avoidance of dairy products is not usually necessary in lactose-intolerant children. Small amounts of milk spaced throughout the day, other dairy products such as yoghurt and cheese, and milk consumed with other foods are usually better tolerated,” she said.

We live in a world where facts and fiction get blurred
In times of uncertainty you need journalism you can trust. For 14 free days, you can have access to a world of in-depth analyses, investigative journalism, top opinions and a range of features. Journalism strengthens democracy. Invest in the future today. Thereafter you will be billed R75 per month. You can cancel anytime and if you cancel within 14 days you won't be billed.
Subscribe to News24
Next on Health24
FAQs on lactose intolerance