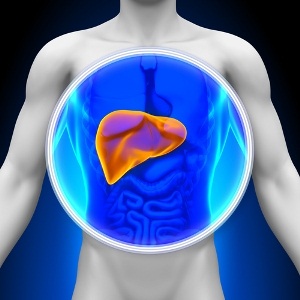 Corporate Investigating Officer, Johan Petrus van den Berg, lived with the symptoms of what he had been told was a skin condition or an allergic reaction for over 10 years before the Neuroendocrine Tumours (NETs) on his liver were finally detected and he was diagnosed with carcinoid syndrome.

“It occurred quite by chance,” the 44-year-old recollects. “I happened to be picking up my wife’s medication at the local surgery when my face started flushing and, seeing how serious it was first hand, startled the doctor. She then referred me to different specialists and, in due course, my condition was confirmed.”

Before being treated for carcinoid syndrome, Johan suffered from a debilitating combination of hot, blotchy flushes, red eyes, diarrhoea and chest pains. “I’m not one to let things get me down, but it was very difficult to live with,” he explains. “Perhaps the worst of the symptoms was the red face because the nature of my job is that I often have to testify in court and I felt it made people suspect me of lying when giving evidence.”

To manage his condition, Johan had to try and time his snacks and meals carefully. “My eyes and face would go red and the chest pains and runny tummy would start 15 to 30 minutes after I had eaten something, even just a bubble gum,” he explains. “So, in the case of testifying, I tried to only eat afterwards, but it was often tricky, especially if I had to wait at court for most of the day.”

Although not even the most careful meal plan helped on some days. “Sometimes, I’d get flushes and pains the whole day, every half an hour or so,” confirms Johan, “other days it was only once, straight after eating — no two days were alike.”

Relief at being diagnosed

The daily inconvenience and discomfort of the condition was such that Johan recalls being relieved more than anything else when he was diagnosed last December. “The oncologist was very calm when we spoke and focused on the treatment process, which helped me stay relaxed,” he recollects, “and it was a great relief to know what I was suffering from and that it could be treated.”

The effect of the treatment was immediate. “I stopped getting flushes, red eyes and chest pains the day I started the monthly somatostatin (hormone)injections,” reports Johan. “Although these are very sore at the time, and I still experience lower back and kidney pain a couple of times a month, the discomfort is nothing compared to what it was.”

The treatment has done more than just alleviate the symptoms of Johan’s condition, though. “The scans I had after my sixth injection show that there has already been a reduction in the size of the tumours on my liver,” reports Johan, “which is great news because we may be able to safely remove them if they get small enough.”

Delighted with the results of his treatment so far, Johan is keen to raise awareness of NETs and do what he can to help ensure that other sufferers don’t have to wait as long as he did to be correctly diagnosed. “We need to spread the word so that, if suspicious symptoms persist, doctors and patients consider these cancers sooner because they are treatable and even curable,” he concludes. “Being diagnosed with an NET is serious, but I am proof that it can be treated and managed well nowadays.”

We live in a world where facts and fiction get blurred
In times of uncertainty you need journalism you can trust. For 14 free days, you can have access to a world of in-depth analyses, investigative journalism, top opinions and a range of features. Journalism strengthens democracy. Invest in the future today. Thereafter you will be billed R75 per month. You can cancel anytime and if you cancel within 14 days you won't be billed.
Subscribe to News24
Next on Health24
Some cancers develop quickly