What are the symptoms and signs of malaria? 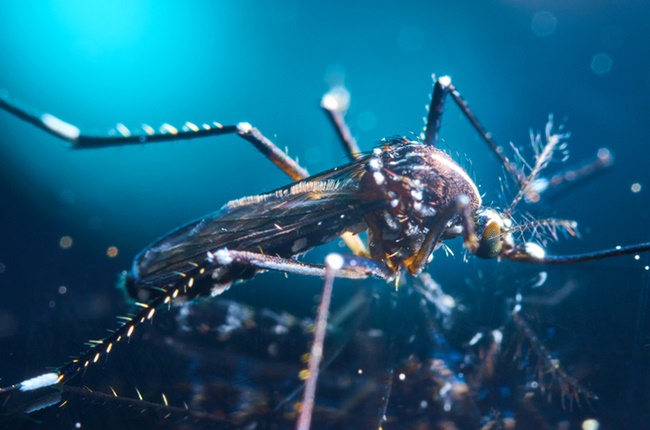 The incubation period (the time between being bitten by the mosquito and developing symptoms) is variable – usually between 2 and 3 weeks. However, in some cases it may take months for the disease to manifest itself. The initial symptoms are often similar to those of influenza:

After a few days (three to five) the typical malarial paroxysms start. These are usually characterised by chills, followed by fever (up to 40 degrees Celsius), and then sweating. The paroxysms normally last about 8 to 10 hours. In between paroxysms patients often feel remarkably well. In vivax and ovale malaria the paroxysms typically recur every 48 hours, while in malariae malaria, the paroxysms recur every 72 hours. The paroxysms occur at about the same time that the red blood cells burst and release more parasites, and this explains the 48 or 72 hour cycle (see previous section “The parasite”). Eventually, the body will eliminate the parasites from the blood, and the paroxysms will get less and less severe and disappear.

Symptoms usually begin 10 to 35 days after a mosquito injects the parasite into a person. Again, there are initial “prodromal” symptoms, followed by the malarial paroxysms. However, unlike the other forms of malaria, the paroxysms are not usually as regular, and patients often have a fever between paroxysms.

Malaria caused by Plasmodium falciparum is the most severe form of malaria. The most important, and potentially life threatening complication is cerebral malaria. Symptoms of cerebral malaria include:

Cerebral malaria can be fatal. It most commonly occurs in infants, pregnant women, and travelers to high-risk areas.

What is the outcome of malaria?

Other complications of falciparum malaria include:

•    “Blackwater fever” – caused by the rupture of large numbers of red blood cells, releasing haemoglobin (the pigment found in red blood cells) into the urine which gives the urine a darker colour
•    Kidney failure – probably also due to the haemoglobin going through the kidneys
•    Anaemia – due to all the red blood cells being destroyed
•    Pulmonary oedema – fluid in the lungs, making breathing very difficult. It is not a common complication

In the other forms of malaria, delirium may occur when the fever is high, but otherwise brain symptoms are uncommon.
In all types of malaria, the total white blood cell count is usually normal, but the numbers of lymphocytes and monocytes, two specific types of white blood cells, increase. Usually, mild jaundice develops if malaria is untreated, and the spleen and liver become enlarged. Low levels of blood sugar (glucose) are common and may be there in people who have high levels of parasites. Blood sugar levels may drop even lower in people being treated with quinine.

Sometimes malaria persists when low levels of parasites remain in the blood. Symptoms include apathy, periodic headaches, a feeling of illness, poor appetite, fatigue, and attacks of chills and fever. The symptoms are considerably milder, and attacks don't last as long as the first attack. If the person is untreated, the symptoms of vivax, ovale, or malariae malaria subside spontaneously in 10 to 30 days but may recur at variable intervals. Relapses of vivax and ovale malaria may be related to the dormant liver stages periodically releasing parasites into the blood. Although P. malariae does not have a liver stage, the parasites can persist in very low numbers in the blood for years, and occasionally reach high enough numbers to cause symptoms. Untreated falciparum malaria is fatal in up to 20 percent of people.

When to see the doctor

If you have been to a malarial area – even if you have taken prophylaxis – you must see a doctor immediately if you develop any of the following:

Remember to tell your doctor that you have been exposed to malaria when you see him or her.

We live in a world where facts and fiction get blurred
In times of uncertainty you need journalism you can trust. For only R75 per month, you have access to a world of in-depth analyses, investigative journalism, top opinions and a range of features. Journalism strengthens democracy. Invest in the future today.
Subscribe to News24
Next on Health24
What causes malaria?